Surely, when you adopted that adorable little furry friend, you never considered the possibility that one day you might say: "My dog ate a sock! But that day has come (or may come), and you're having second thoughts. Let's see what you can do to help your pet. 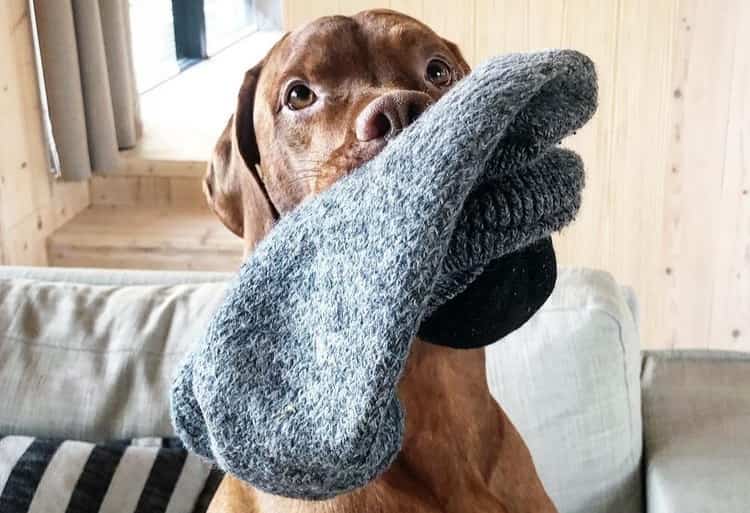 Why do dogs eat your socks?

Maybe the first thing that comes to our mind is to think: why do dogs eat socks? And this attitude happens more frequently than we think and this is what professionals tell us.

There are many medical emergencies that arrive at the centers because the pet has eaten a foreign element and, many of these times, the underwear is its "dish". But what motivates them to bite and swallow these items?

For one thing, one of the reasons is that underwear is a source of their owner's very strong odor and they are very attracted to that odor. Because of that, especially when they feel lonely, if they have the opportunity to reach one of these garments, they will not hesitate to snatch it.

On the other hand, because of the shape of the socks, these are a perfect toy for them: they can bite them easily, shake them, throw them, fight with another pet to see who gets them... and so the game begins, until they eat them. Besides, being so soft, the sensation in their mouth when chewing them is quite pleasant for them.

Finally, boredom can be the cause of them eating the sock. If the dog does not go out for walks enough, is always alone and/or has no toys to entertain him, eating a sock can be a lot of fun for him.

How do i know if my dog has ate a sock?

Beyond catching the dog in the act of swallowing the sock and not arriving in time to prevent it or realizing that one of them is missing and becoming suspicious, there are certain symptoms that will indicate that the dog has swallowed the sock or any foreign body. To do so, we should pay attention to:

Any of these signs may indicate that there is something inside the animal's body that should not be there.

What to do if a dog ate a sock?

If you are 100% sure that the dog has swallowed the sock, you should go immediately to the veterinary center to induce vomiting so that the dog can expel it. This is because the dog does not usually vomit the sock on its own, as it passes very quickly into the duodenum or can get stuck in the pyloric antrum.

If it has been some time since the ingestion or it is not known for sure that this is the problem, but it is suspected by the symptoms, you should also go to a professional as soon as possible so that he can make the necessary tests to confirm it or not, and if so, to find out where it is lodged.

Once it is determined where the sock is located, there are several options for it to leave the animal's body.

When the object is easily located and is not causing an obstruction, its movement through the intestine will be monitored and controlled to see if it can be expelled naturally. However, in spite of the vigilance, this can cause risks in the animal, since in no case is it exempt that an obstruction can arise.

Another option, if the garment is in the first sections of the duodenum or in the stomach, is to perform an endoscopy and thus remove it. Finally, if this possibility does not exist, surgery is necessary.

Acting quickly if my dog has eaten a sock can be the difference between living or dying, because intestinal obstruction is a very serious matter that can cause the animal to die within hours. This is so because it prevents the passage of feces and gases through the intestine, the tissues can become necrotic, very serious hemodynamic imbalances are provoked and the intestine can end up perforated.

Dogs are very gluttonous animals and this is something that must always be kept in mind. Therefore, it is very important to be attentive to possible symptoms that indicate that they have eaten something they should not have eaten. Finally, it is not advisable to wait many hours to see if the dog expels it by itself, because if you do not know for sure when it was ingested, the wait can be fatal. 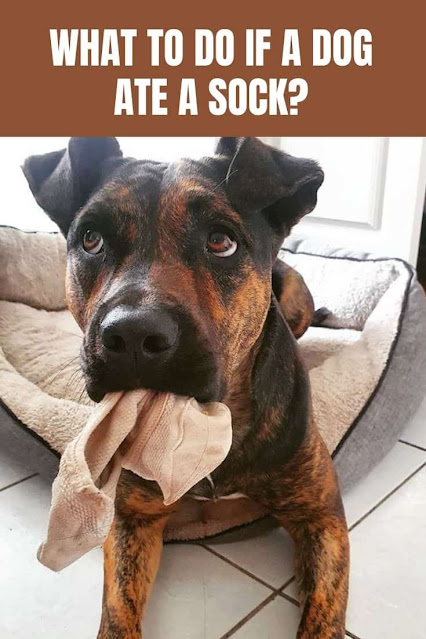