What is the first thing I should know about the Australian Shepherd Dog?

These are its main characteristics:


Origin of the Australian Shepherd Dog

The Australian shepherd dog actually has less to do with Australia than the Spanish omelette! In fact, this breed of dog is of Spanish origin and was developed in the USA.

Why, then, is it called Australian? In the early 19th century, some Basque emigrants, hoping to be able to breed their sheep, traveled to Australia, taking their sheepdogs with them. But soon after, they moved again, this time to the U.S.A. Then, the North American settlers began to refer to these dogs as Australian shepherds, since they believed that they were from that country.

In fact, over time, the Australian Shepherd became a favorite of many American shepherds due to its great physical qualities and working abilities. Even today, it is still a very popular sheepdog, both in the United States and in many European countries.
See Also: 10 Interesting Facts About the German Shepherd

Physical characteristics of the Australian Shepherd 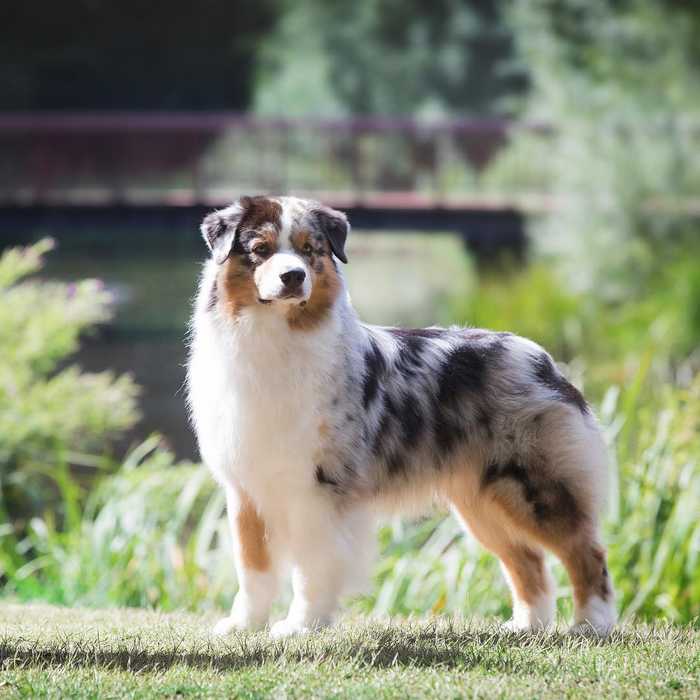 Australian Shepherds are medium-sized, with bodies that are longer than they are tall and powerfully muscled. It has very stylized and beautiful lines, with a wide chest and a slightly tucked-up belly.

The head of the Australian Shepherd Dog is somewhat small but well proportioned to its body. The color of the nose varies according to the color of the coat: it is black in black and blackbird-colored sheepdogs and liver-colored in red-colored dogs. Their eyes are almond-shaped and can vary in color from blue to brown to amber; some even have a combination of these colors. The ears of the sheepdog are high, triangular, and medium-sized.

The Australian Shepherd Dog breed standard accepts the natural tail, which is either long or docked. Fortunately, the cruel practice of docking dogs' tails is illegal in many countries.

The coat of the Australian Shepherd Dog is of medium length and can be straight or wavy. They have a double coat, and the undercoat can vary according to the climatic conditions in which the animal is found. There are four accepted colors: blue myrtle, red myrtle, red, and black, as well as combinations of these on a white base. 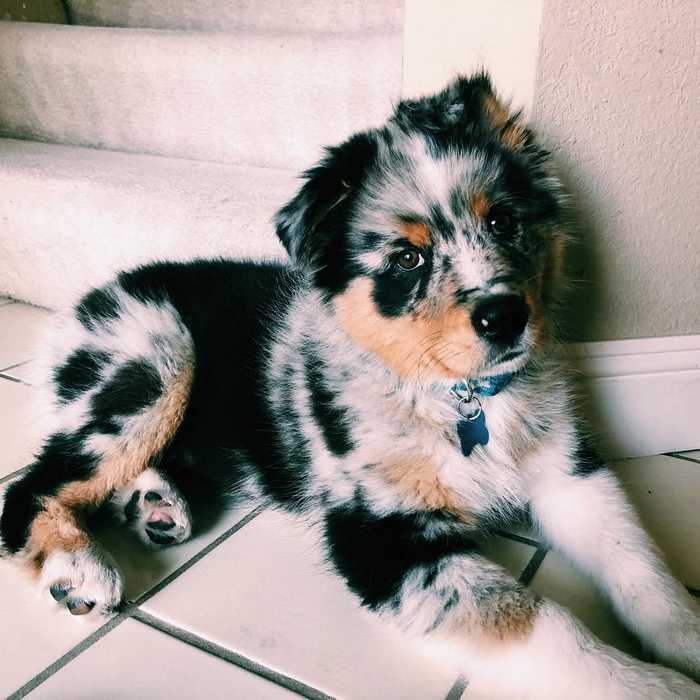 Australian shepherd dogs have a very stable temperament and a great predisposition for herding and guarding. Their sense of curiosity is immense, as is their intelligence.

Its guardian nature is not incompatible with a charming personality. The Australian Shepherd Dog is gentle and affectionate, as well as very loyal. Although they are not aggressive, they are shy and reserved around strangers. It is important to teach the dog to socialize from the time it is a puppy to avoid this becoming a serious issue of fear and aggression.

Due to its high intelligence, the Australian Shepherd Dog can be trained very easily. However, it is very active, so it is usually somewhat complex to train it for calm activities; on the other hand, it gives very good results in dog sports. It is very important to maintain the physical and mental stimulation of this dog.

The Australian Shepherd Dog makes a wonderful pet if properly trained and given adequate exercise.

How to take care of an Australian Shepherd 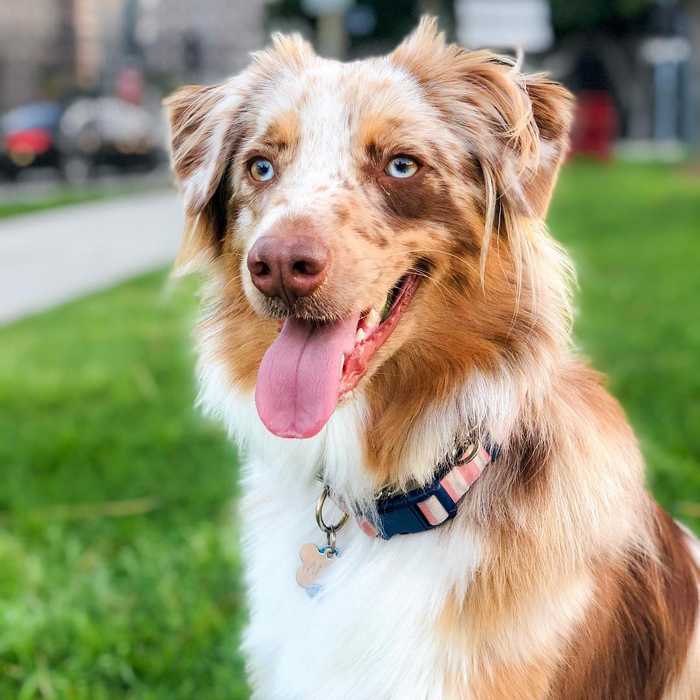 The coat of this sheepdog is easy to care for; a couple of weekly brushes and the occasional bath are enough. It is important to note that the Australian Shepherd Dog sheds quite a lot of hair.

Australian Shepherd Dogs have a high demand for exercise and companionship. They have great energy that needs to be channeled through stimulation. As we were saying, canine sport is an excellent option to take into account for this dog. This way, their physical health will be great.

In addition, they are not dogs that should be left alone too much or isolated from the family. Sheepdogs will enjoy playing and exercising in the garden or field, but they will also enjoy time with their family indoors. One should not sleep outdoors. Neither should we acquire an Australian Shepherd dog if we live in an apartment, as the lack of space could cause anxiety that could lead to destructive or aggressive behavior. 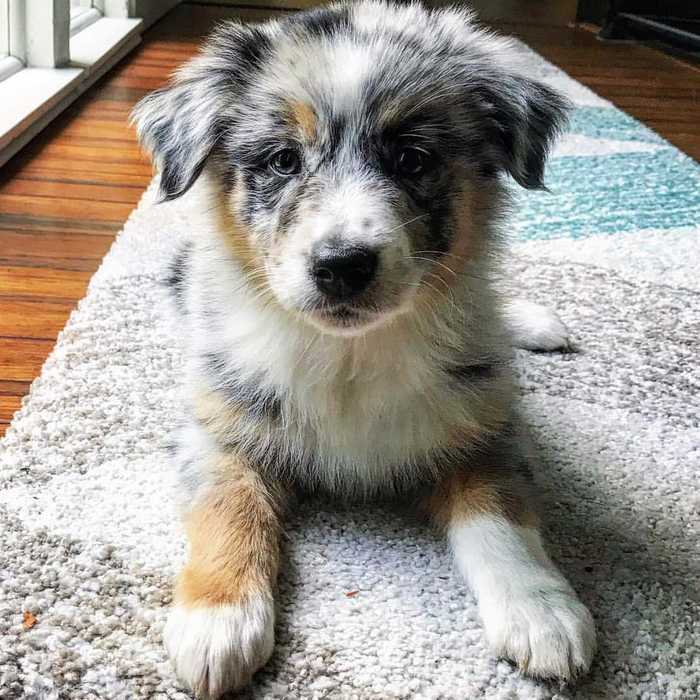 The training and education of this dog is extremely important for proper behavior, beyond the standard training of any other dog. The Australian Shepherd Dog, once it has learned the basic rules of behavior, needs to go further with advanced training; combined with dog sports, it will give excellent results. 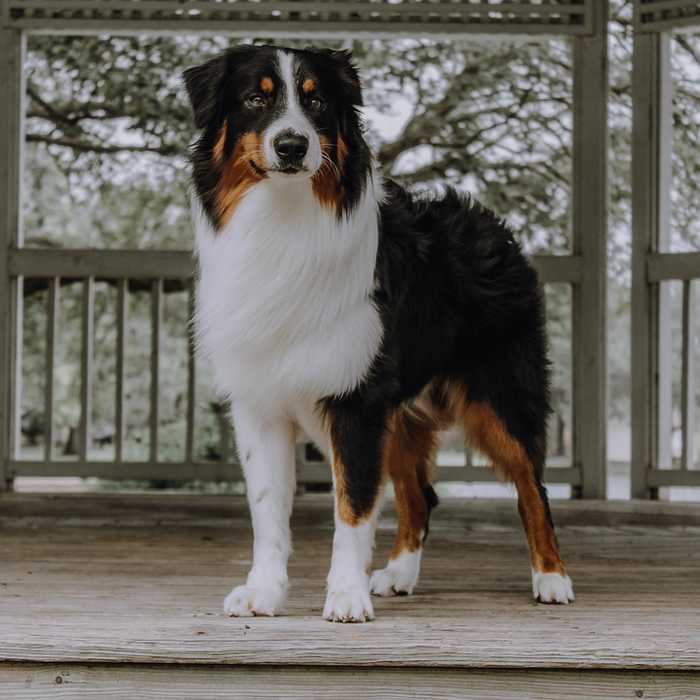 It is unfortunate, but as with other dogs, the Australian Shepherd Dog is prone to some hereditary diseases. Some of these are:

In addition, some crosses of these dogs produce blind and/or deaf offspring.

Regular veterinary check-ups and a healthy lifestyle are very important to prevent these and other ailments. This way, your Australian Shepherd dog will be able to enjoy a full life. Also, never forget the necessary vaccinations and deworming.
Next Post Previous Post
australian shepherd,breed,dogs