What some of us think is the most beautiful thing in the world, others may find frightening. In this article we will talk about a very curious irrational fear or phobia: cynophobia (the fear of dogs). 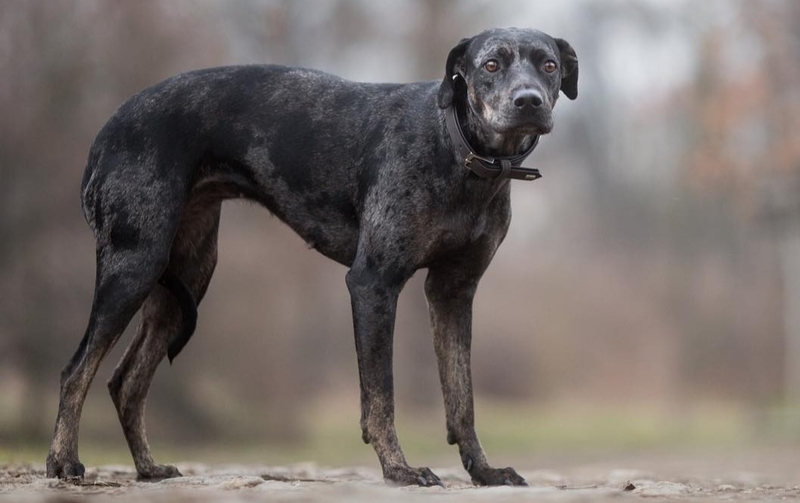 The word cynophobia comes from the Greek: "Kyno" means dog and "phobos" is fear.
As we mentioned before, cynophobia is the excessive fear of dogs. That is, more or less the opposite of what cynophilia is: the excessive love for pets.

Most commonly, such a phobia appears after a traumatic moment related to a dog.

The phobia usually develops regardless of size or breed, but depending on the cause of the problem, it can appear only to a certain kind of dog.

This key moment usually occurs during childhood. If fear is addressed, it can be diluted over the years. If it is not addressed, it will intensify until it becomes a phobia.

Among the situations that can give rise to dog phobia are:

1. Having lived a traumatic moment with a dog

That moment may have been a real risk to life (e.g., an attack), or perhaps not.

In the second case, it may have been a play bite or the dog pounced on the person and threw them to the ground, but their intention was to play.

2. Having witnessed a dog attack on another person

Although he did not fear for his own life at the time, he was aware that this danger exists.

3. Witness a fight between two dogs in which they also feared for their own lives

For example, if the dogs fight in a room where the person is and the person cannot leave.

However, there may be cases in which the person suffering from this phobia is unable to remember that event which is at the root of the problem.

This may be because the trauma caused a blockage or because he never really experienced that traumatic situation and it is an inherited phobia.

That second case would mean that, possibly, it is their parents who suffer from the phobia and transmitted it to the person in his childhood.

For example, if every time a dog approached or barked, they ran away with the child in their arms for fear of an attack or if they continually talked to the child about the dangers a dog can pose.

When a person suffers an episode of Cynophobia, the symptoms are the same as any other irrational fear. However, as in other cases, the intensity of these symptoms can vary depending on the person and the specific situation.


It is true that this excessive fear of dogs can be treated, but the best thing you can do if you are near a person who is suffering from any of these symptoms of Cynophobia is to move the dog away from him or her.

What can be done about Cynophobia?

As we were saying, when you find yourself next to someone who is suffering the symptoms of any phobia, the most important thing is to get that person away from the focus.

There will be time to try to solve the problem, but if someone is irrationally afraid of dogs and you approach yours to see that nothing happens, you are not helping him at that moment.

That is why it is very important to respect people when it comes to animals.

It is very normal that for you, your dog is the most wonderful being on the planet, but perhaps it is not for everyone.

In your home you are free to allow who enters and who does not, but on the street respect the personal space of those who are nearby.

If you have your pet loose in the park and it gets close to an unknown person, go look for it or have it come back immediately. And not only because of the fear it may suffer, it may also be allergic and you don't know that.

On the other hand, if you have children in your care, you should know that the coexistence between children and dogs is very positive for them.

In fact, according to some studies conducted in the 1990s, the sooner children are exposed to harmless situations with dogs, the sooner they begin to develop some resistance to cynophobia.

Therefore, treat the matter naturally. Just because a dog barks doesn't mean that it will always attack, and that's what you should convey to the little ones.

How to overcome Cynophobia

Finally, for the person suffering from cynophobia, it is advisable to have the problem treated by a specialist.

This fear is too limiting, since you will probably run into a dog wherever you go. Trying to avoid them is always almost impossible, so a psychologist can help you.

Possibly, if the symptoms are constantly repeated in mild doses, you should start with relaxation techniques that help you cope with everyday life, such as meditation or yoga (who knows if you will end up practicing doga!).

In addition to this, treatment will likely involve gradual, supervised exposure (at least at first) to the dogs.