Large dog breeds pose particular grooming dilemmas. The Great Pyrenees and other members of the Bernard household members have taken over the market thanks to this special combination of circumference and hair. Without a regimental grooming routine, the white locks of the Pyrenees can easily transform, soon resembling an electrocuted Komondor on steroid. 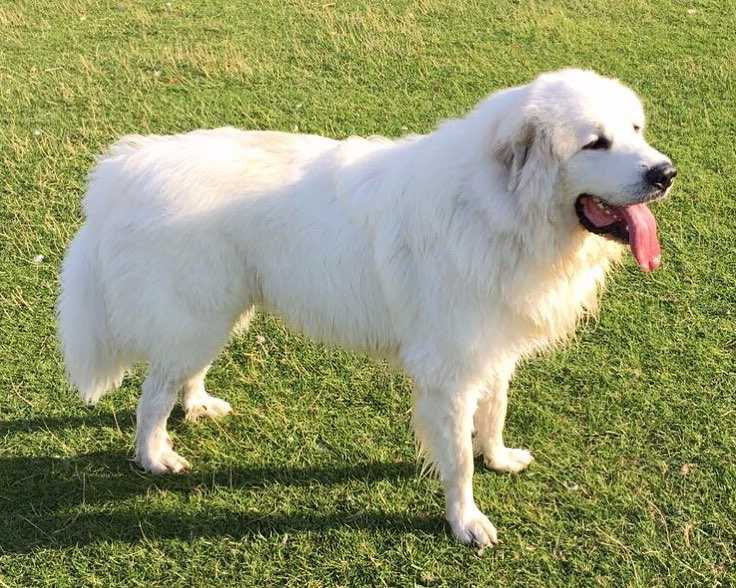 One of the obstacles to keeping large breeds in the picture of beauty is the difficulty of locating nail clippers, brushes and dental supplies suited to their substantial size. A substitution will be required. Yet, with a little ingenuity, grooming is child's play.


Combing the Great Pyrenees is a challenge. The strong sting of the breed makes them tend to wiggle during grooming. In fact, these furtive dogs are likely to launch if they are not tied, sometimes moving up to three centimeters in a single afternoon.

The best way to brush or rake the body is to work on your pet while it sleeps. Avoid periods of physical activity such as 6:00 to 6:03 and the 30 minutes after sunset, the Pyrenees are devoted solely to barking. This breed is known to sleep with its eyes open. When tracking them with grooming tools, be careful. Once you are 65 feet from your dog, listen to a train. This checks that your dog snores.

Work efficiently once you start grooming a Great Pyrenees. You only have 13 hours before he wakes up. When you groom 140 lbs. of fur bound together by the drool and the occasional tree branch, you don't have to hang around. A weed killer is an effective option for clearing your way through shrubs to your hair before brushing. 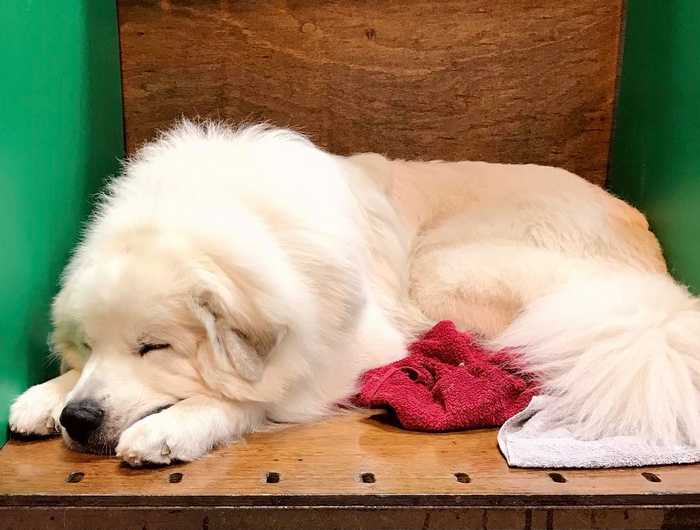 Cutting the claws of your Pyrenees should be an integral part of your grooming routine. Before starting this procedure, go to the hardware store. Take a large metal rasp and bolt cutters. Once the claws have been carefully trimmed, call HAZMAT to remove the cuts from your home. Don't forget the dewclaws.

The "Great Pyrenees" have a multitude of toes in addition, which "drag" on the bottom of their legs. Among them are a total of six massively curly toenails. Each is so large that a Valosaraptor claw looks like a tiny drop of Chihuahuahua glanders. Do not leave dewclaws unattended for more than a few weeks. Negligence will produce a mowing large enough to serve as a spiral staircase. 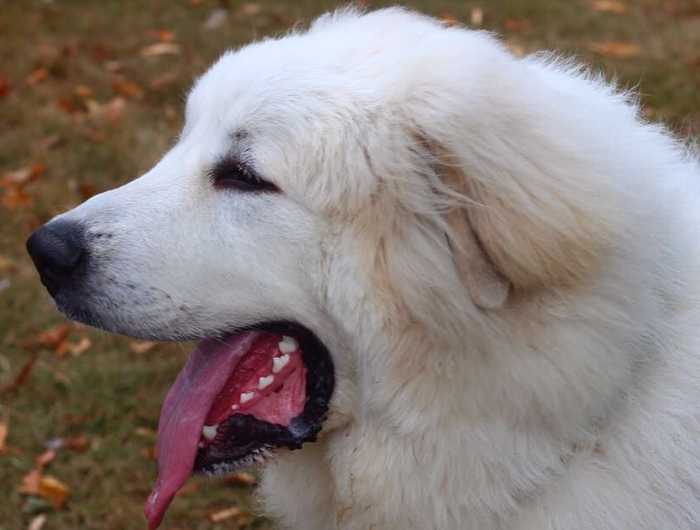 
Dog owners often overlook the importance of good oral hygiene. Fortunately, among the Bernard breeds, their mouths offer plenty of room to work. Enjoy this trait of character. You can create ample access to the mouth by simply pulling their massive soft lips up both sides of the face. Then use three clothespins to attach them to each other at the bridge of the nose. You can also attach a single lip to the opposite ear in the same way.

Once the teeth are exposed, insert a vacuum tube under your dog's tongue. This technique is identical to the "spittoon" technique used in dental offices. A 15 gallon vacuum cleaner should suffice. 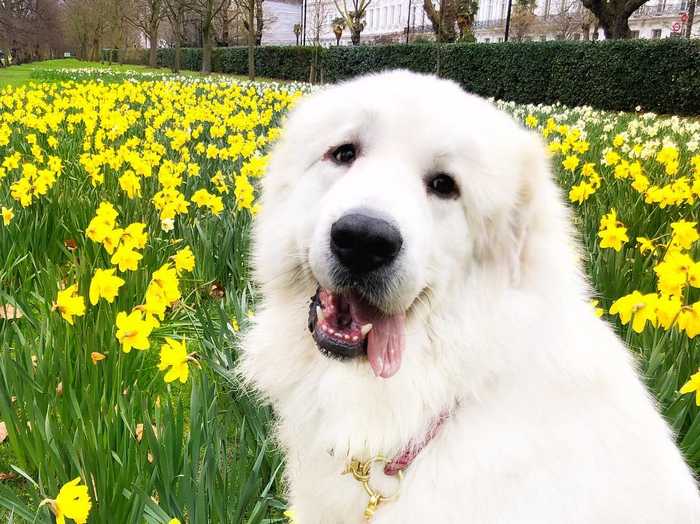 As a finishing touch, clean your dog's feet. Shinny between the pads with a flashlight, pliers and a WD 40 bottle. Remove the stones, the dried bats, the milk carton children and everything that doesn't belong up there. Once this task is completed, your grooming regiment is finished. Wake up your dog by simply saying the word "cookie". By the time you get to "coo" each Great Pyrenees within a six mile radius will be in your kitchen.

With a little work and a few trips to Home Depot, your Great Pyrenees, Saint-Bernard, Newfoundland or any large dog breeds will radiate beauty. When you combine all this glamour with their high intelligence and magnetic personality, your dog will be the envy of the neighborhood.
Facebook Twitter