Have you seen your dog yawn? The most normal thing is that you relate a yawn with being sleepy. However, dog yawning can have several meanings, find out all of them! It will help you understand your dog better. 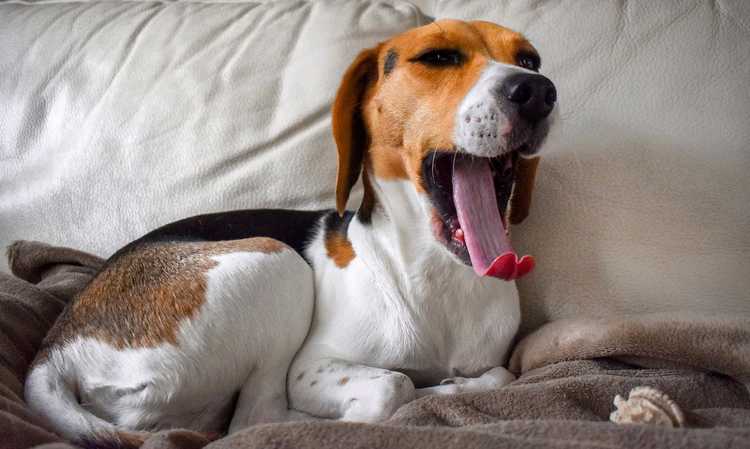 Did you know that, through yawning, your dog also expresses some emotions? So you could say that in certain occasions, the canine yawn is useful for your dog to communicate.

Yes, it is obvious and we cannot fail to mention the first one.

Tiredness, sleepiness, laziness... and everything related to exhaustion.

This one is very obvious. It happens when their rest time is approaching or just when they wake up. It is as normal for them as it is for us!

Curiously, dog yawning can also occur when the dog is overwhelmed or stressed by some situation.

It may have been a negative stimulus or some attitude you have had towards him, such as scolding or annoying him a lot.

Stress will cause your dog to yawn, using it as a mechanism to release tension.

Keep this in mind. If you know you are bothering your pet, you insist and he starts yawning... you are stressing him out!

Linked to the previous point appears the yawning in dogs due to fear. And it is not only a stressful situation that can make a dog react by yawning. Fear can also do it.

Fear in any situation that provokes this emotion, such as loud noises.

Also in certain circumstances, such as when we reprimand them and they are not used to that angry tone of voice.

Depending on the situation, this yawning may be accompanied by other gestures.

For example, when he is scolded, he may look away from our face. Or if he is frightened, he may tremble, shake or lick himself.

A bit surprising, but real. As we explained with stress yawning, that reflexive act of opening the mouth wide and sticking out the tongue helps to release tension, but also that extreme energy provoked in moments of great happiness.

So yes, your dog may be so happy to see you come home, that when he greets you, he yawns! 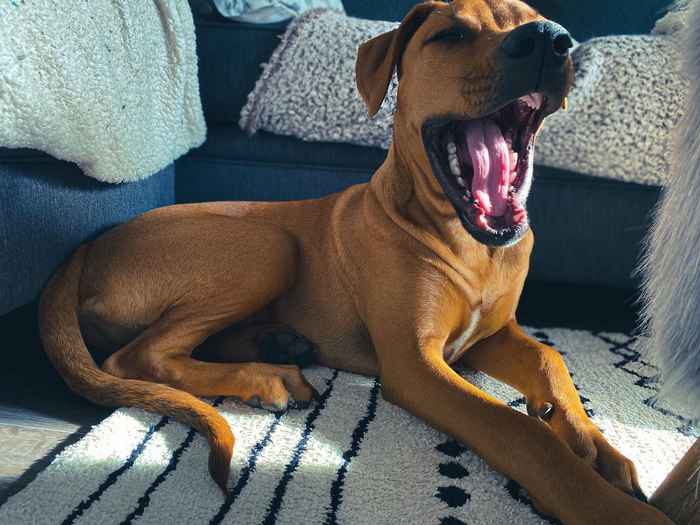 Yes, as it happens to us, yawning out of boredom also occurs in dogs.

It can happen when they are bored with playing or when they have received enough petting from us.

Maybe some dogs are so well-mannered that they are not able to get up and leave directly when they don't want any more human affection and that's why they yawn in our face.

According to a study conducted by the University of Tokyo, it may happen that dogs imitate our yawning when we do it as a matter of empathy, as if it were contagious.

Surely it has ever happened to you that someone yawns near you and then you get a yawn. Or vice versa. Well, it seems that the same thing happens to dogs!

The curious thing is that this study also affirms that the occurrence of this yawn is related to the affective bond between pet and owner, since this imitation does not usually occur at the yawn of a stranger.

It also happens in people. We know that sometimes our yawns are related to hunger.

Is your dog perfectly awake and calm, but it's getting close to feeding time and he yawns? Well, yes! He's looking forward to seeing his plate full.

When a dog senses the possibility of conflict with another dog or a person, it will yawn to convey calm and make it clear that it is not interested in fighting.

Is yawning good for dogs?

Knowing the different meanings of dog yawning is of great value to their owners, as they can better understand their pet.

In other words, it can be said that yawning is part of the canine language. This will help to know how to handle certain situations, such as calming a dog that yawns out of fear, or ending actions that are stressing the dog before it worsens or reacts negatively.

But yawning brings with it certain advantages for the animal.


Now you know what do dogs yawns mean! And as a bonus, you also know the advantages for us to know these meanings and the benefits for them of yawning. 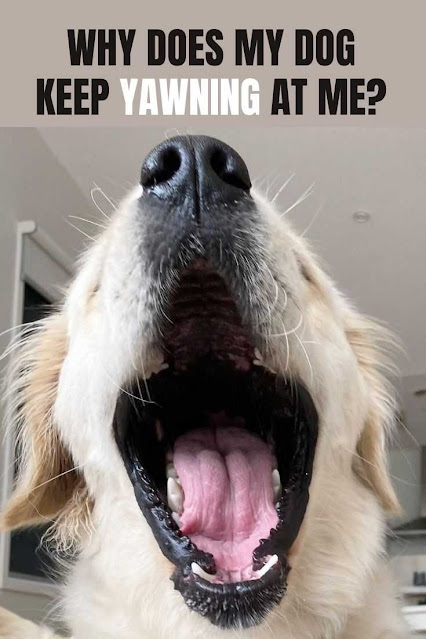