Dental Care For Dogs: What you can do against tartar

Dental care is not only important for us humans. Even our four-legged friends are not immune to tartar, periodontal disease & Co. While the wolf cleaned its teeth by tearing and eating the prey, nowadays more and more domestic dogs have dental problems.

This not only leads to bad breath or darker teeth - when the teeth hurt, dogs also eat less well. In addition, the gums can become inflamed and lead to secondary diseases. Proper dental care for dogs is therefore essential. 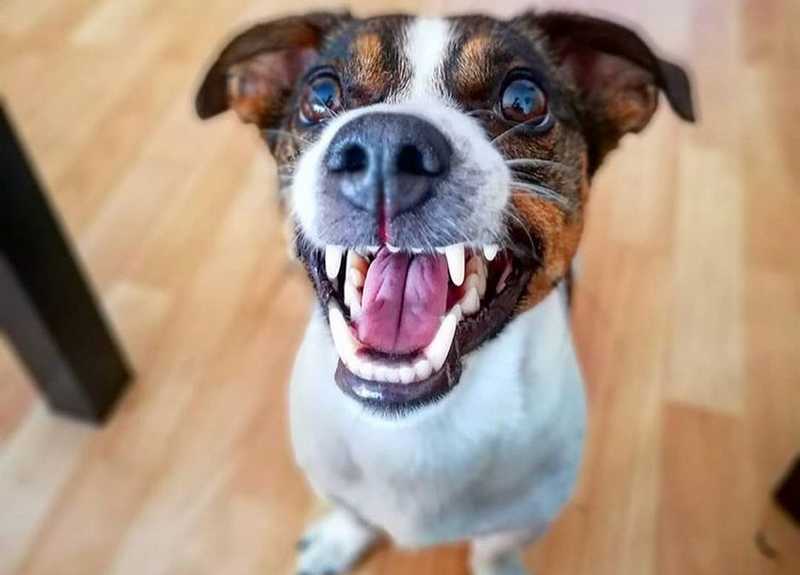 Why do dogs need dental care?

Healthy teeth are vital for dogs. Whether for eating, playing, gnawing, chasing or even for communication (e.g. as a deterrent) - our four-legged friends need their teeth every day. Unfortunately, the abrasion that domestic dogs have when using their teeth is not enough to prevent tartar, for example.


Tartar is formed when food residues in combination with saliva and minerals stick to the rough tooth surface. The food remains then form a perfect breeding ground for the bacteria in the dog's mouth. The bacteria multiply rapidly and the typical plaque is formed on the teeth. Food sticks to this even better and tartar spreads.

In principle - we know this about ourselves - a little tartar is not bad. It is an unsightly discoloration and sometimes a somewhat rough layer on the tooth, but tartar does not cause pain. At least not as long as it is eventually removed. That's a little more difficult in dogs than it is in humans, though.
While we simply go to the dentist, tartar in dogs can usually only be removed surgically under general anesthesia.

In addition, tartar encourages further tartar buildup, especially if dental care is lacking. Excessive tartar then leads not only to bad breath and discoloration - the gums can also become inflamed. Periodontal disease is usually the result. In this case, the gums recede and the necks of the teeth are exposed. If periodontal disease remains unnoticed, it can progress until even the roots of the teeth are open or the jawbone is attacked. Then the tooth is usually no longer salvageable.

Which dogs are prone to tartar?


In principle, any dog can get tartar if dental care is neglected. However, small breeds are more prone to tartar formation. This is due, among other things, to the fact that the teeth are closer together, which makes it easier for food debris to accumulate.

Maltese dogs, for example, have teeth that are particularly close together. Dachshunds and poodles, on the other hand, have quite narrow jaws and are therefore also at risk.

In general, however, the older the dog and the poorer the dental care, the higher the risk of tartar buildup.

How do I recognize tartar in dogs?


It is important that you check your dog's teeth regularly or have them checked by a vet. You should train this already in the puppy age, so that it does not come later to friction, if you want to look at the teeth.

Tartar is initially visible as a gray-yellow discoloration on the upper tooth (base of the gum). At an advanced stage, a rather brownish, solid layer forms on the teeth. 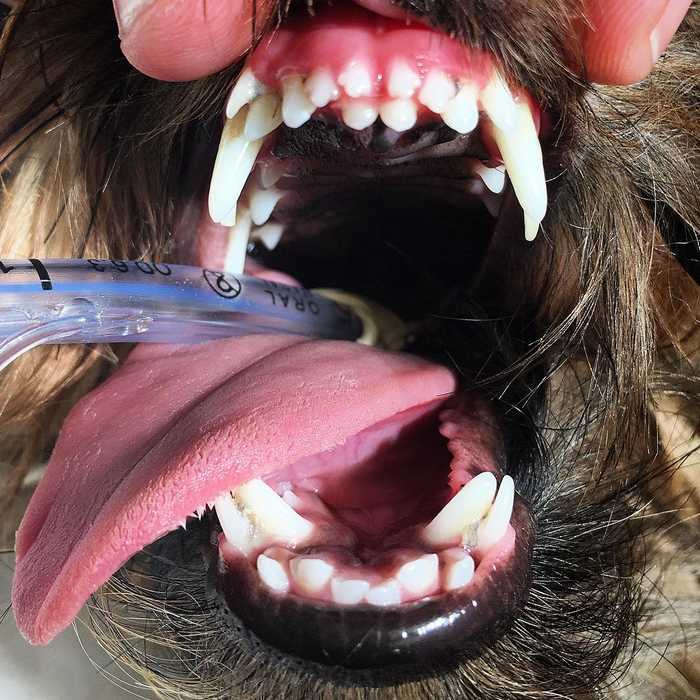 To prevent this from happening in the first place, your dog's teeth need to be cared for regularly. The most effective way to prevent plaque and tartar buildup is to brush your dog's teeth every day, just like humans. However, you should never clean your pet's teeth with a toothbrush or toothpaste from the drugstore. Our brushes are usually too hard for our four-legged friends and the toothpaste too sharp.

Therefore, there are now special dog toothbrushes and dog toothpaste in specialty stores or at many veterinarians. Partly even with delicious meat or fish flavor, so that brushing teeth for the quadruped is more pleasant.

If your dog is not a fan of the toothbrush, you can also clean the teeth with a fingerstall, which is coated with toothpaste. Alternatively, there is also tooth gel that is simply applied without having to make the brushing motion.

My dog won't let me clean his teeth - what can I do?


Your dog won't even let you touch his teeth? Especially if the teeth are already inflamed and the four-legged friend is in pain, you should not touch the teeth with a fingerstall or toothbrush. The risk is too high that the treatment will hurt the quadruped. He could snap out of reflex or combine dental care with pain in the future. You should avoid both.

Instead, you can use alternative means for the dental care of the dog. If your dog's teeth are healthy, for example, you can encourage him to clean his teeth with chewing bones or chew toys. If, on the other hand, your four-legged friend is not the biggest chewing fan or already has toothache, you can also add a mouthwash for dogs to the water bowl. In addition, there are also various natural supplements on the market (with algae or minerals), which are also preventive against tartar. However, always consult your veterinarian about this. He can also give you additional tips on dental care for dogs. 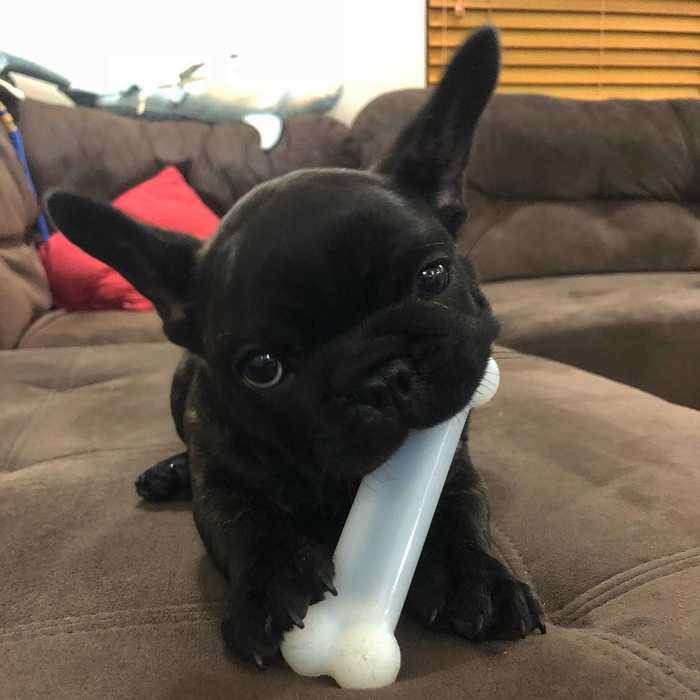