Which Dog Should i Get - Dog Breed Comparison

With so many different dog breeds, how can you know which one is right for you? There are so many things to consider: size, behavior, health concerns, temperament and grooming requirements. Here are some popular dog breeds to help you find the dog that is best for you and your family. 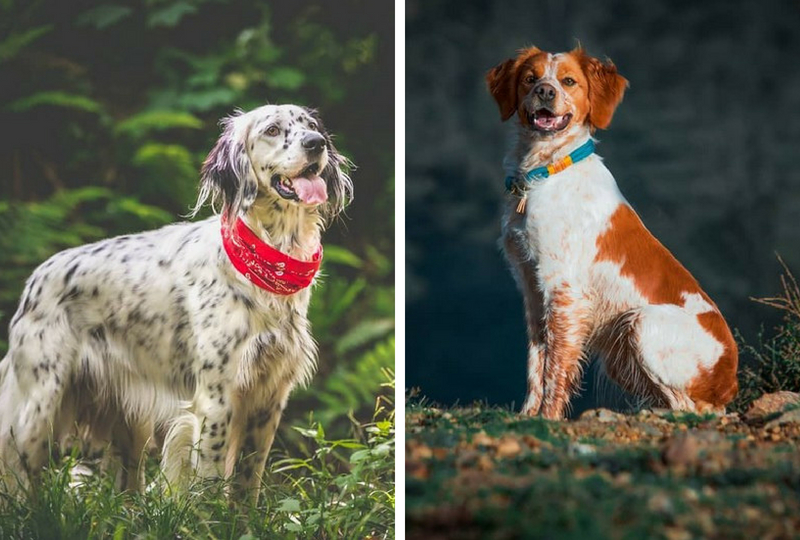 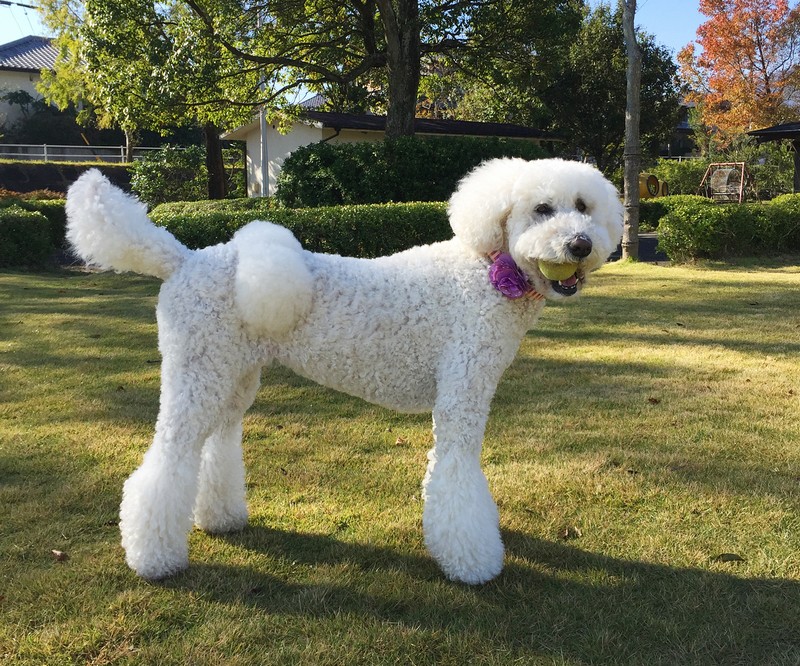 The Standard Poodle is the largest of the poodle breeds. It measures between 19–26 inches in height and typically weighs between 44 and 71 lb. It is a live dog that can be used for hunting or as a family pet. If they are well cared for and fed, they will typically live between 10 and 13 years. If bred, you can expect them to give birth to between 3 and 8 puppies at a time. 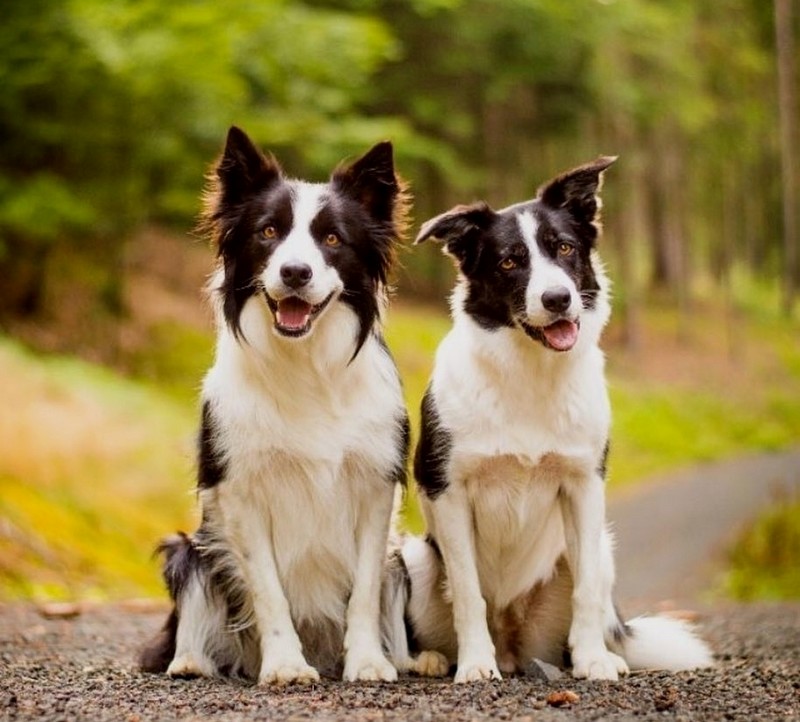 The Border Collie is a British herding dog. This breed was created by crossing the Harlequin, the Bearded Collie, the Smithfield and the bob-tailed sheep-dog. It is a medium-sized dog that does not exceed 22 inches. Its weight varies between 28 and 55 pounds. The Border Collie has a long fluffy coat that is mostly black with white markings on the muzzle, neck, chest and belly.

To take care of this breed, you will need to brush their coat every day. Bathing should also be done semi-regularly or as needed. Because of the thickness of their coat, it is important to check them regularly for ticks and other parasites. The herding nature and high prey level of this breed of dog makes it imperative to keep them active and entertained. Some of the activities this dog enjoys include agility competitions, breeding, running and hunting. Some of the health problems you will want to watch for include: joint problems, progressive retinal atrophy and neuronal ceroid lipofuscinosis. 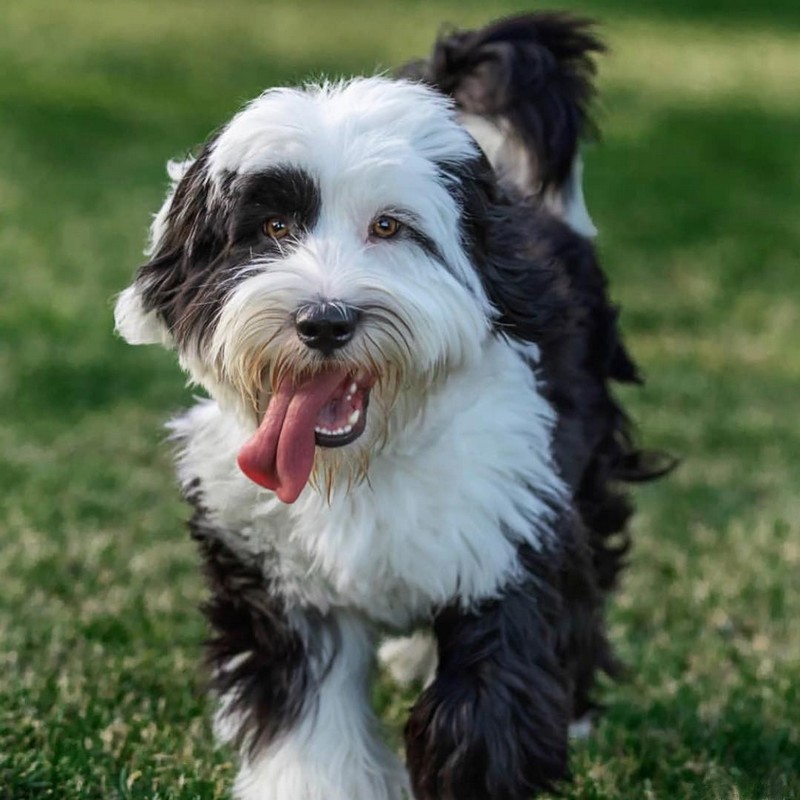 The Tibetan Terrier, also known as the Dhokhi Apso, is a non-sporting breed that originated in Tibet. It is a natural breed that has developed characteristics and features necessary to survive in the harsh climate of the Himalayas. It is a small to medium sized dog that measures between 14 and 17 inches and weighs between 17 and 29 pounds. They have a long fluffy coat that comes in a variety of colors. They are a friendly breed that can get along with children and other pets as long as they have been raised with them or have been properly socialized and trained. 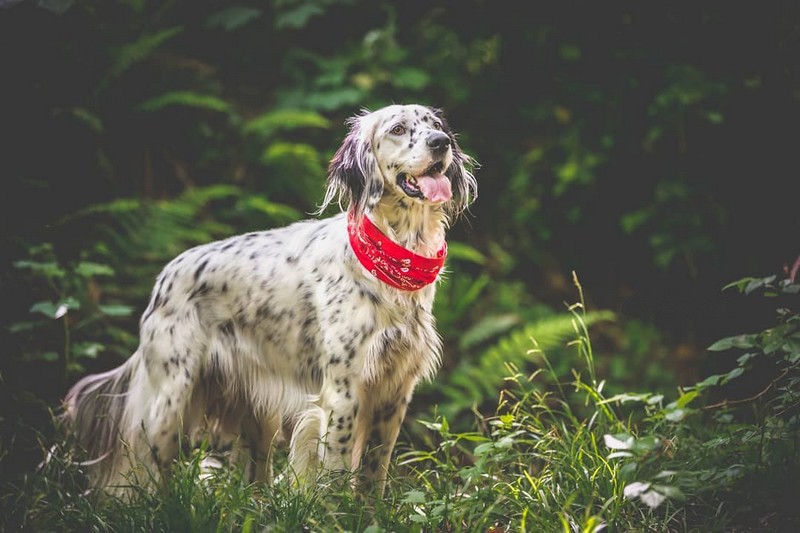 The English Setter, also called Lavrack Setter, is an English breed. It is one of the oldest hunting dog breeds in the world. This breed was developed by crossing points with spaniels.

This breed usually measures between 25 and 28 inches in height and usually weighs between 65 and 80 pounds. Their coat is short and dense, except on the underside of the body, legs and tail where they have feathers. They come in a variety of color combinations including, liver and white, black and white, lemon belton and white, orange belton and white, blue belton and tan, and tricolor. This is a relatively healthy breed. The only thing to watch for is hip dysplasia. 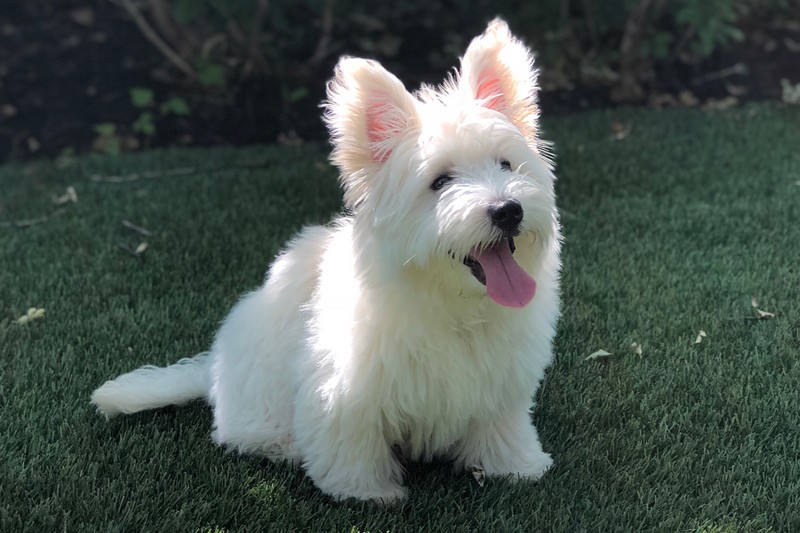 The West Highland White Terrier (westie), also known as the Poltalloch Terrier, is a Scottish terrier breed. They were originally developed as vermin hunters. Today, this breed is a popular family pet.

The West Highland White Terrier is a small dog that stands between 10 and 12 inches tall and weighs between 15 and 22 pounds. They have a double coat that consists of a wire topcoat and a soft undercoat. This breed is always white. The West Highland White Terrier is fun and friendly. It is also a fairly hardy dog that can withstand harsh housing conditions. This combination of characteristics makes it an excellent companion for children. 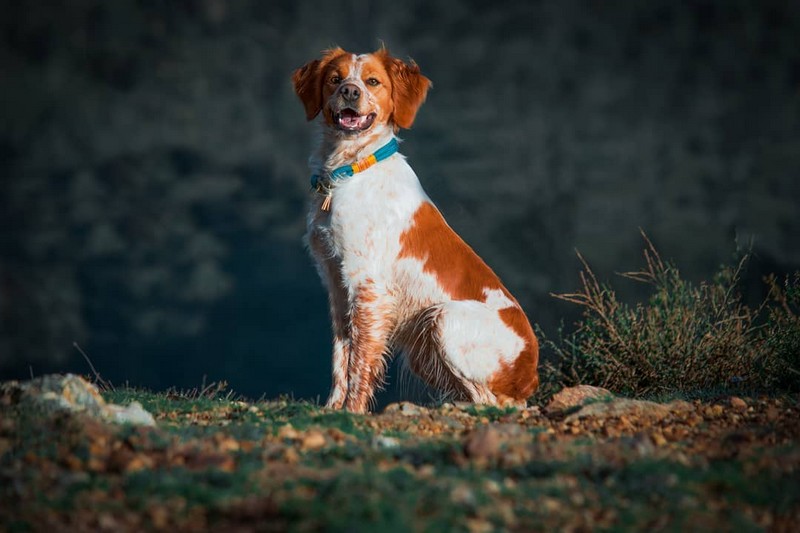 The Brittany, also known as the Epagneul Breton, is a French breed that can be dated back to about 150 A.D. It is a medium-sized dog that measures between 17 and 20 inches and weighs between 28 and 40 pounds. They have a medium length coat, dense and wavy, with bangs on the legs. They come in several color combinations: roan, tricolor patterns, orange and white, and liver and white.

This breed needs a lot of attention to stay happy and out of trouble. For this reason, you'll need to exercise Brittany at least once a day. You can also provide him with a playmate if you spend a lot of time away from home. To care for their coat, you'll want to brush them twice a week. Their toenails grow quickly, so you'll want to trim them weekly. They can have sensitive feet and can be resistant to trimming. To help reduce this sensitivity, you'll want to teach your Brittany puppy to be calm and quiet while his feet are being handled. 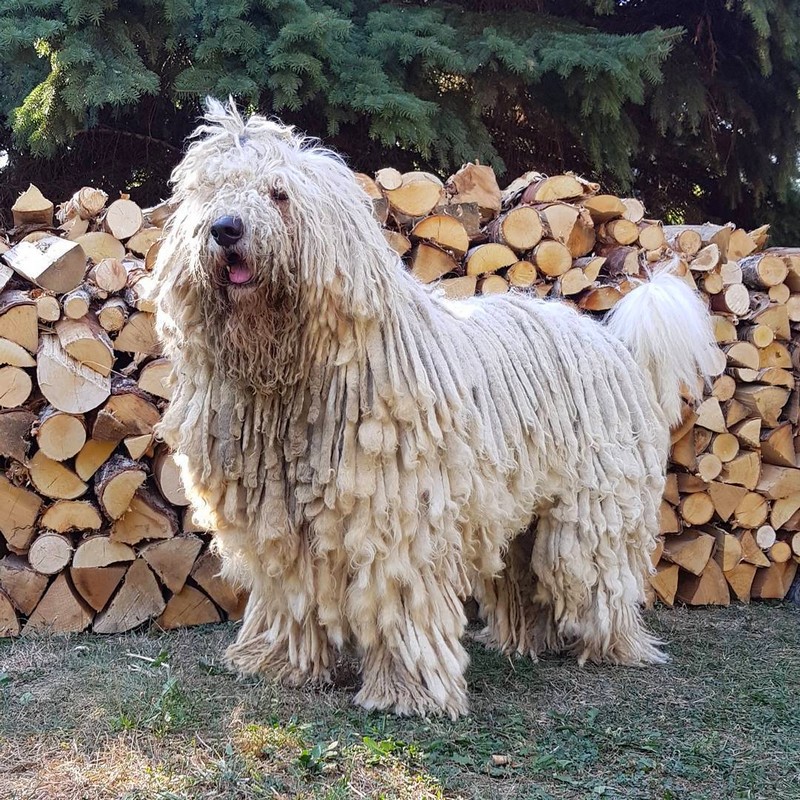 The Komondor is a Hungarian breed used to protect sheep flocks from predators. This breed can be traced back to at least 1555. It probably descends from Russian sheepdogs. Today, this exotic-looking dog is mainly used as a working dog.

The Komondor is a large working dog that measures between 25 and 31 inches in height and weighs between 80 and 120 pounds. Their white coat is long and feared. This is a rather rare breed that can often be mistaken for a dog that has not been properly groomed. However, this husky look is what is natural for this breed. To care for the coat of this unique breed, never brush the hair. Instead, gently part the hair into strands as the length increases. If you are new to this breed, you can have a professional groomer do this for you, or at least have them show you what to do.
Facebook Twitter