The Jindo dog or Korean Jindo was a very popular hunting dog in Korea, although it now stands out more as a companion animal. Outside these borders, it is not a very well known dog. That is why we want to bring you closer to this canine beauty through this article. 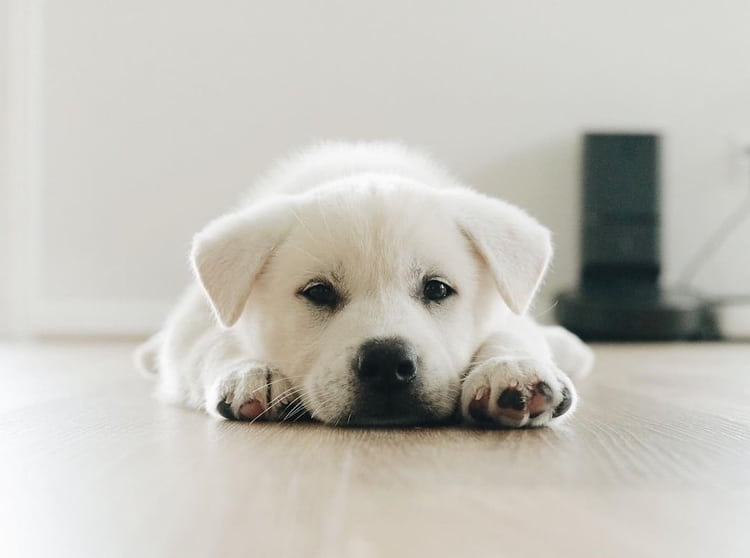 Origin of the Korean Jindo or Jindo dog

The origin of the Jindo dog is in the southeast of Korea, specifically on the island of Jindo, hence its name. There are several theories about its origin, although the most repeated one is that it was born from the crossbreeding of native Korean dogs and Mongolian dogs, which arrived with the troops that invaded the country in the 13th century.

The importance of this dog is such in Korea that it is the national dog of the country, being protected by the Korean Cultural Property Protection Act. It is also designated as natural treasure number 53 by the South Korean Government.

Moreover, the Government itself passed a Preservation Ordinance and therefore its exploitation outside the country is very complicated.

Originally, the Korean Jindo was used as a guard dog and hunting companion, especially for animals such as badgers, wild boars, rabbits and deer. Now, its role is focused on being a faithful companion as a pet.

The United Kennel Club recognized this breed as official on January 1, 1998 and in 2005 it was recognized by the Fédération Cynologique Internationale.

Characteristics of the Jindo dog or Korean Jindo

As far as physical characteristics are concerned, there are three body types in the Korean Jindo.

In terms of size, females usually measure between 18 and 20 inches, while males tend to be somewhat larger, measuring between 19 and 21 inches. For females the weight ranges between 33 and 41 pounds, while males can weigh between 39 and 50 pounds.

Among the most outstanding physical characteristics of this dog are its rounded and broad head, with thin but well-developed cheeks.

The lips and nose are black, except in dogs with white coat, whose nose is pink. The eyes, on the other hand, are almond-shaped, brown in color and with a very lively expression.

The neck is thick and muscular, like its body in general. The back is strong and straight, with ribs arched into a slightly deep chest. Its tail is sickle-shaped or curled, and its tip may touch the back.

As for its limbs, all four are strong and muscular, with the hind limbs being somewhat angulated. Finally, it is worth mentioning its ears, which are triangular, straight, thick and directed forward.

Its coat is dense, with a double layer, which allows it to keep very well the low temperatures. Among the colors that stand out the most are red, tan, ivory, white, mature wheaten, black, gray and striped. 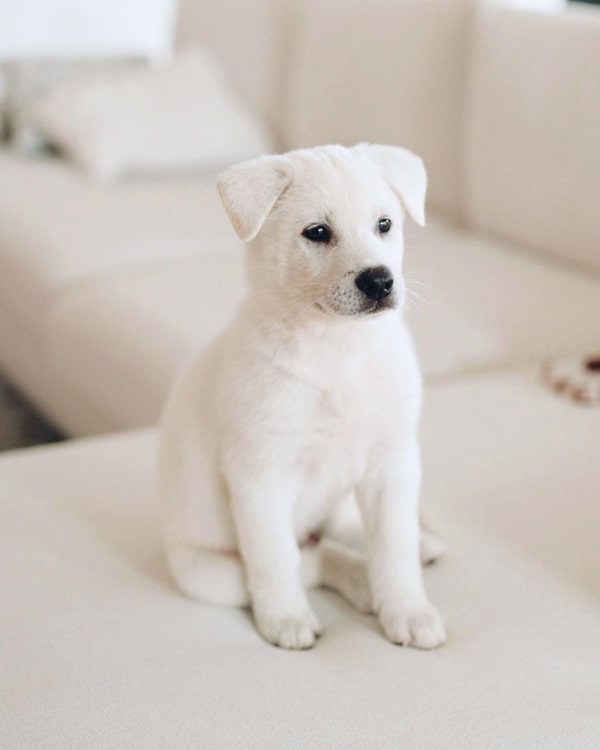 Even at a young age they are athletic, with a well-proportioned body. Females can be somewhat more angular than males, which are more compact and wide.

Temperament of the Korean Jindo

The Jindo dog is a courageous, calm, protective, intelligent and attentive animal. Due to their great loyalty, they usually pay attention to only one caregiver, although this does not imply that they get along badly with the rest of the family.

They are also very active dogs, with an independent and strong character. That is why one of their main cares is their early socialization.

How to care for a Jindo

The socialization of this dog should start from puppyhood, since its strong temperament can be linked to episodes of aggressiveness in front of strangers if it has not been properly socialized.

As we said before, in spite of being an independent dog, they do not like loneliness and it is important to get them used to stay alone at home so they do not suffer from separation anxiety. In addition to this and due to the great amount of energy he has, physical and mental stimulation is essential for the Jindo dog.

Games, walks and runs should be part of his daily routine, so he needs a guardian who is committed to fulfill these requirements. 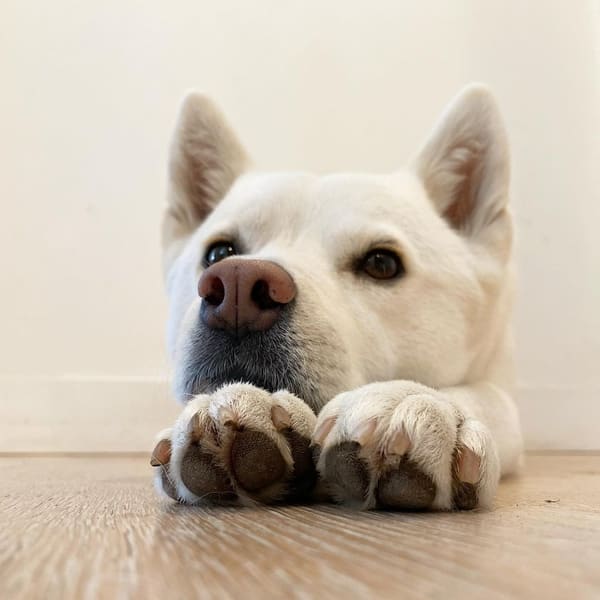 Since this is a dog of great intelligence, its training is not excessively complicated. However, the dog's own character can complicate it, so patience and caution will be key during training.

To train this dog, positive reinforcement should be used, rewarding desirable behaviors. In case you consider that you are not up to the training needs of the Jindo dog, it is advisable to count on the help of a professional dog trainer.

Hygiene of the Korean Jindo

This dog's coat should be brushed once or twice a week to keep it clean. In times of shedding, the ideal is to increase the number of times to make it easier to remove the dead hair and that the new hair is born better.

As for bathing, it is not necessary to do it more than once every month or month and a half. It is important to use a specific shampoo for dogs and not to use perfumes for dogs, this could be harmful for him.

Regarding its feeding, it must be complete and balanced, adequate for a dog of its physical characteristics and level of daily activity.

Other important cares for this dog are:

How is the Jindo dog health?

In general, the health of this dog is quite good if it is given the right care. However, it can suffer from some hereditary diseases and others that, due to its characteristics, are more prone to suffer.

Among these pathologies are:

The Korean Jindo as a pet

As we have seen, the Korean Jindo can be an excellent pet as long as all the necessary cares are taken: from a correct socialization and training to daily physical exercise, including all the other necessary attentions.

Therefore, it requires a committed caregiver for this pet, which has a life expectancy of between 11 and 13 years. Even so, the breed is very restricted in its country, so it can be very difficult to find a Jindo dog outside its place of origin.