Why is My Dog Hiding Food? What You should Do

John
Sunday, July 12, 2020
Facebook Twitter
If you're here it's because you've probably been presented with the situation where you wonder "why do dogs hide their food? Or maybe you're just curious. Whatever the reason, let's clear up your doubts! 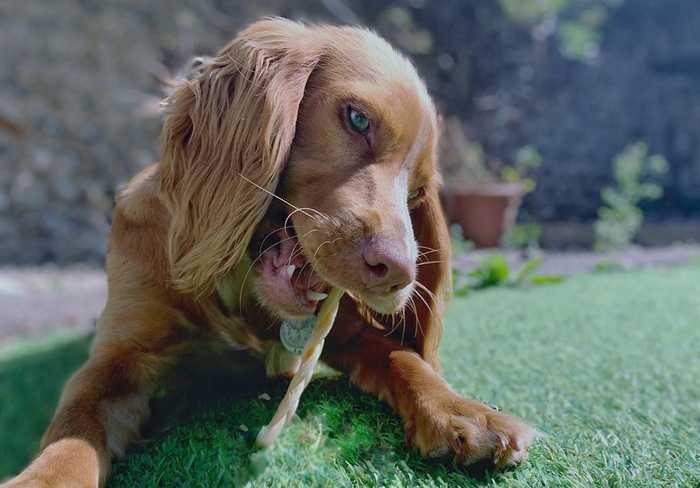 
When a dog comes into your life, it's important that you understand its nature.

Even though dogs have been domesticated for millions of years, there are behaviors that are innate to them that they have not let go of.

It is these instinctive behaviors that make a dog what it is - a unique little animal that we love. Therefore, you should not try to change them.

These attitudes include wagging your tail, digging after urinating, rolling over before bed, licking, etc.

But we could also say that if my dog hides his food it is because of an instinctive behavior, inherited from his ancestors the wolves.

The wolves have the habit of hiding their leftover food in the ground for various reasons, such as survival or to prevent other animals from stealing it.

This is an attitude that our dogs, however little they remind us of a wolf today, still retain in their genes.

Reasons why my dog hides his food


Now, just because it is basically inherited behavior does not mean that we should not pay attention to it.

Let's see, in more detail, why your dog hides his food.

1. To protect it from other animals


Do you live with any other animals besides your dog?

It could be that one of them has stuck his nose in his bowl and stolen some food from him.

Or maybe he didn't, but those genes we were talking about may have intervened and reminded him that it is better to protect his food.

In addition to hiding food, when a dog is afraid that another animal will steal it, it can also eat very quickly and be harmful to it.


If you occasionally give your dog a treat, one of those that make him lie down, it is possible that on some occasion he will keep it whole or in part.

It may be to enjoy it later comfortably or, if it is only a part, to make it last longer.

Read also: When Should i Give My Dog Treats?

3. You don't give him the right amount


When my dog hides food, the first thing I have to ask myself is if I'm giving him the amount he really needs.

If I'm not, two things can happen:

When I give him less, the dog can hide it to dose during the day.

If I give him too much, he will hide the leftovers to eat them later, protecting them from other animals or from ourselves (if we are to take away the plate).


If your dog is one of those who spends a lot of time alone in the house, he may hide his food out of survival instinct.

This is especially true of adopted dogs that were previously abandoned and lived on the street.


Yes, it may be that if my dog hides the food it's because he just thinks it's funny.

Playing hide and seek is very common with dogs, especially if they consider the stuff they're hiding to be valuable!

So don't be surprised if you see your furry dog trying to hide his favorite toy or food.

What do I do if my dog hides the food?


As you can see, there is no serious reason for a dog to hide its food, other than not giving it the right amount of food.

Therefore, this is what you should do: 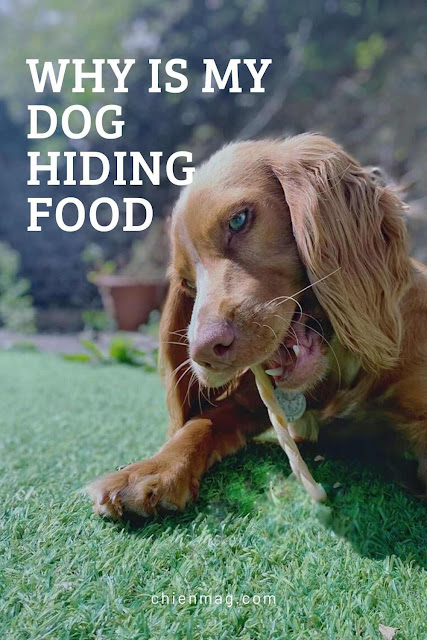