John
Wednesday, March 18, 2020
Facebook Twitter
The Havanese is a dog that follows the characteristics of the bichon, but is not as widespread as others of the same class. It has its origins in small dogs of the Mediterranean, although it was completed as a breed during the nineteenth century, thanks to the Cuban aristocracy, where it was a beloved member of the families. It is precisely his adaptation to human company and his cheerful and energetic personality that are the characteristics they most valued in that society. 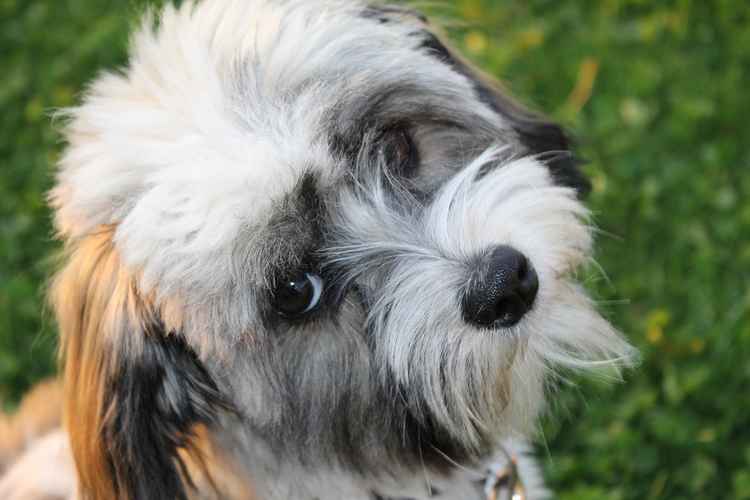 It also shares its origins with other types of bichon, such as the Maltese and the Bichon Frise, although the characteristics of each breed are different and easily identifiable.

At first, these animals were exported by the Spanish army to Cuba, where they were given to the wealthiest families in Havana. From there, and through crosses with other breeds in the region such as the Blanquito de la Habana and the Poodles, the Havanese dog has formed as we know it now, becoming the emblem of the city.

In the 20th century and until today, it ceased to be a wealthy pet due to the imposition of American tastes. This has resulted in a decline of the breed in its own area, where it may even disappear. In fact, the original Cuban lines have disappeared, and the breed has been saved in the United States with a few small differences which are what we now know.

It was precisely a reputable American breeder named Dorothy Goodale who was determined to save the breed after casually learning about it. It was made with eleven specimens of Cuban immigrants who had their dogs in the United States, and with them a breeding season began to obtain the first American cubs in 1974. These animals attracted other breeders, arriving in 1979 to found the Havanese Club of America for all those who wish to breed and own a Havanese dog.

However, it was not until 1991 that the Kennel Club of the United States recognized the bichon havanese as a breed, accepting as valid any specimen registered by the Goodale couple. A few years later, in 1996, the Havanese Club of America was recognized by the American Kennel Club.

Characteristics of the Havanese dog


The Havanese can be defined as the perfect animal for people who live in apartments in cities. It is a type of dog that prefers to live indoors and is used to climbing on furniture, so it is not suitable for living in gardens or outdoor patios.

It is a small puppy with short legs, which is however very solid and resistant. Its most striking feature is the abundant, wavy coat, which can easily become tangled if not cared for properly. At first glance, it should be noted that it is a longer than large, friendly and cheerful dog that always trots from side to side.

The upper line of his body is straight, although the back may tend to tilt slightly. Its tail is medium in size and is often curled over the back. Its head is quite large compared to its body, with a slightly flat top. He also has a brown or black truffle and very dark, rounded eyes. The ears can blend with the rest of the animal's hair, because they are long and fall on both sides of the face. The muzzle is rather square and short, perfectly proportioned to the rest of the head. 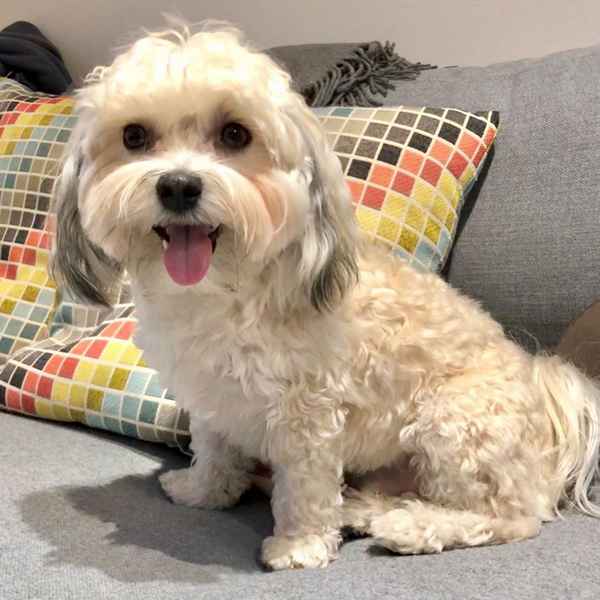 Size of the Havanese


The Havanese is a small dog that could be classified as a toy. Its average height reaches 21 or 29 centimeters when the dog is an adult and can weigh between 3 and 6 kilos. A whole portable dog which adapts to any type of situation and house, especially the small ones which force him to spend more time near his human family.


The Havanese dog has a long, silky and wavy coat, which requires several care to always remain in good condition. He has a single layer of hair which can measure up to 18 centimeters if not properly arranged. Some strands may look curly, but most often they are wavy and very smooth. It also admits a wide variety of coloration in the coat, which can be a single color or mottled. The most common colors are white, black, tobacco color, Havana brown, reddish brown or fawn.


The Havanese is a dog who loves caresses and attention without limits. He is awake and happy, mischievous and clumsy. It is easy to train and can be trained as an alarm dog, and it is necessary to influence its socialization with other animals and with other people to avoid character problems in the future. A poorly socialized Maltese can become shy or nervous, which often leads to episodes of aggression.

On the other hand, it is a type of intelligent and active dog, which likes to walk in the park and the city and to play in company of its family. He tends to chase people in search of attentions, and he generally gets along well with children because of this playful nature.

It is very easy to pamper these pretty smoothies, but it is not recommended to do so without also imposing rules and education, because it will then become a spoiled dog which, on rare occasions, will obey its owner, putting his own security in danger and causing inconvenience to other people.

These are dogs that are generally alert and attentive to strangers, so they are also good watchdogs, at least as an alarm. However, at this point, you need to make sure that you really want an alarm dog, as they tend to bark a lot and very loud, becoming annoying if allowed by the puppies.


The Havanese is a strong and healthy breed of dog despite its doll-like appearance. It is not uncommon for him to have serious health problems, although there are some diseases with a high incidence in this breed, such as luxating patella, otitis and cataracts, especially when the animal reaches old age. You can also have heart problems and often tear yourself apart, although it is not necessarily a health problem. 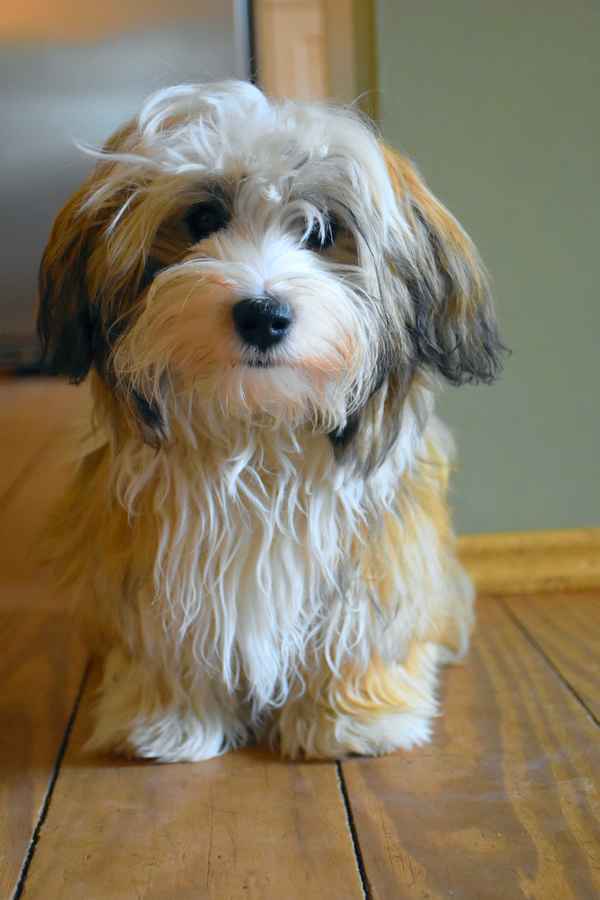 
Specimens of this breed require care similar to that of other dogs, affecting in particular their fur and other specific characteristics such as the eyes or ears. The most important thing is to maintain a good routine in its care so that the animal is always in perfect condition.


To maintain the best health of your Havanese dog, you must follow the calendar of vaccinations and deworming to the letter. Beyond that, it is important to pay particular attention to your eyes and ears, where you can come to present certain conditions if they are not taken care of regularly. In the ears, excess earwax will be removed and the hair growing in the ear will be cut off. As for the eyes, it will be necessary to clean the files well to avoid possible infections.


Brushing is perhaps the most important part when it comes to maintaining the health and aesthetics of the Havanese. You should do a thorough brushing every day, or at most every other day, to avoid creating knots or lint that could cause other problems. This process also removes dead hair, making it essential to keep the animal in top condition.


One bath a month or every six weeks is enough for the coat to be in the best possible condition. Always keep in mind that bathing should be done with a specific dog shampoo, as a shampoo for humans would have fatal consequences on the animal's skin and coat. It is also important in each bath to cut the nails so that they do not grow too much, taking advantage of the fact that they will be softer and that the cutting will be easier.


Due to its size, it is a dog that does not need too much food to cover its energy needs. The important thing is that it is always a quality food that treats and protects it from the inside. Between (3.5 oz) and (5.2 oz) of dry food per day will be enough to cover your needs.


It is not so much the exercise they need as the attention they require. A daily walk will be enough to keep you in good health, provided that it is accompanied by long sessions of play and affection with your family. Above all, you need to keep in mind that these are animals that carry loneliness very badly, and this prolonged situation can cause unwanted behavior with consequences of various considerations.


The Havanese puppy must be well educated and well socialized with other dogs, people, children and even objects. They are animals that learn easily, but can get complicated in the future if they do not receive adequate attention when they are young.

Once he is properly educated, it will be very easy to get the Havanese to learn some fun tricks to delight the whole family. Also keep in mind that you should always opt for positive reinforcement when teaching a new command, because physical or verbal punishment will only make the animal fearful and distrustful.


Beyond all the information related to the breed, there are a few facts about the Havanese that you can know to really know everything about them.


If you are thinking of sharing your life with a Havanese dog, here is all the information they may need to make your relationship unbeatable. Remember that, even if it may seem, it is not a stuffed puppy, but an animal that has its own needs and thoughts, that you must satisfy at all times. Only then can you have an enviable and healthy friendship.

As advice, always go to a reputable breeder in your area so that your Havanese puppy has all the guarantees of good health and temperament. Get to know their parents and the rest of the litter and feel free to ask any questions you want until you are confident that you are making the best decision. Keep in mind that a dog is a responsibility for many years of your life, and a hasty or wrong decision can end in the abandonment of the animal, something you should never do under any circumstances. Enjoying your new best friend is in your hands, because you know that as soon as he walks through the doors of what will be his house, all his interest will come from being with you and receiving all your attention.
Facebook Twitter