John
Thursday, January 23, 2020
Facebook Twitter
The intervention of the human hand has resulted, throughout history, in certain specimens of animals born from crosses of different breeds. Today, we are going to talk to you about the Puggle dog, a furry dog whose origin can be intuited just by hearing its name. 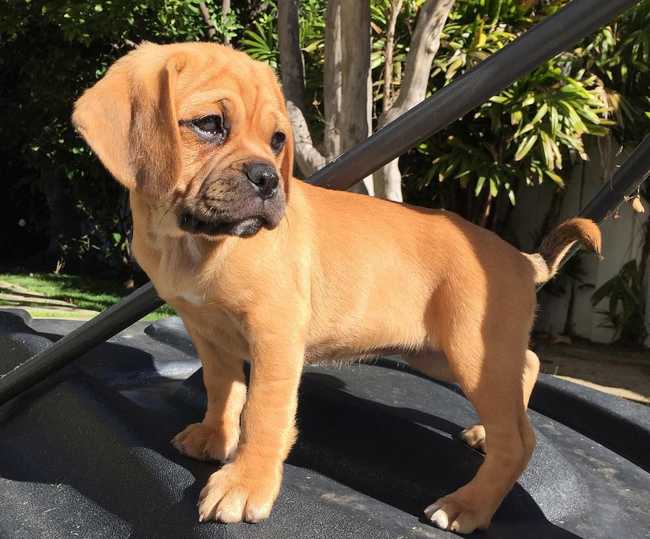 
If you're a dog lover and you've heard of the Puggle dog, you'll probably have no trouble finding out which two breeds of dog crossed paths and gave rise to this furry dog.

Yes, the Puggle is the result of crossing a Pug and a Beagle. This "work", to call it something, was done by a breeder from Wisconsin called Wallace Havens, back in the 80s.

It was he who registered him with the American Canine Hybrid Club, an organization that registers and classifies dogs that arise as a result of crossbreeding.

However, it was not until almost 20 years later that the breed began to gain popularity in the United States, and from there it was transferred to the rest of the world.

Today, this hybrid dog is an increasingly popular pet, as many consider it to be a designer dog because of its peculiar origin, and we know that what is different always becomes very special! 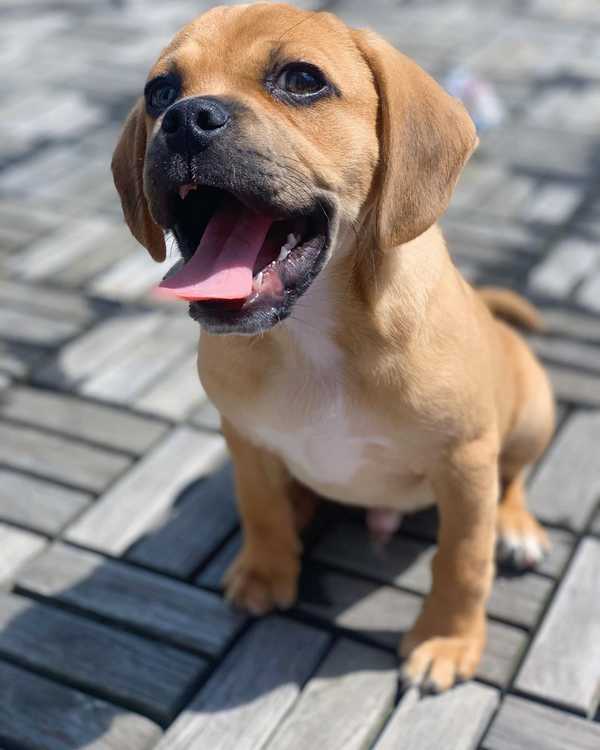 The truth is that if you have in mind the two breeds from which it arises (remember: the Pug and the Beagle) is very easy to distinguish features of both in this dog.

Let's start with his face. They have droopy ears, of an intermediate size between those of the two dogs that give it its name.

They inherit the large, round eyes of the Pugs, but because their muzzles are longer than these (a feature of the Beagles) they do not look so bulging. Even so, no one is indifferent to the sweet look of these furry little guys.

The truffle is short and, in addition, you can see some wrinkles on his face and other parts of his body, distinctive features of the Pugs.

Its height varies between 20 and 38 cm, so it is considered a small dog, and its weight usually ranges between 6.5 and 13 kilos.

Its coat is usually two-colored, usually light brown and black, but there can be tricolor Puggles, uniformly colored or with black and white spots, similar to those of the Beagles.

The same short, dense and smooth coat that covers its muscular and compact body can be found on its tail, which is long and curly. 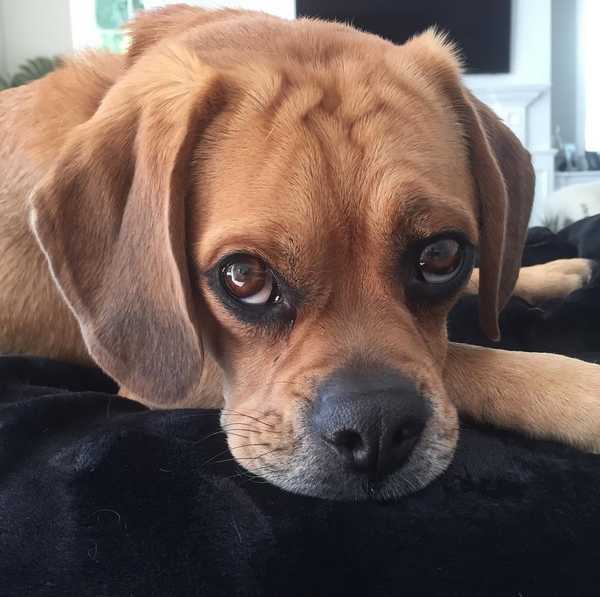 It's no wonder that every person who's around a Puggle ends up falling in love with this dog. He is very affectionate and, as with his physical characteristics, he also receives personality traits from the breeds from which he is derived.

He is a very sociable dog who loves human interaction so much that if he lacks it on a continuous basis, he can have episodes of stress, anxiety or depression.

In addition, the Puggle is a very active dog that loves to run, jump and sniff - one of the curiosities of the Beagles that Puggles inherit!

Of course, this great energy may require a little more time and patience to train than other breeds, but it's not impossible! Besides, he's a pretty smart dog, so it's all a matter of practice.

Remember to always use positive reinforcement when training him, never punishment. If you find yourself unable to train your dog properly, don't hesitate to ask a professional.


Your friend Puggle can give you 10 to 15 years of wonderful friendship if you take care of him as he deserves.

Some of the most common illnesses that Pugs inherit are eye problems, hip dysplasia, atopic dermatitis and some respiratory problems. They are also dogs that can suffer from epilepsy, and it should be remembered that they do not tolerate high temperatures well, so they are prone to heat stroke.

As with every pet, the Puggle also deserves our daily attention and care so that it grows up healthy and happy. Because health is not just about looking after your dog physically, but mentally too - read on to discover the most important things to look after your Puggle! 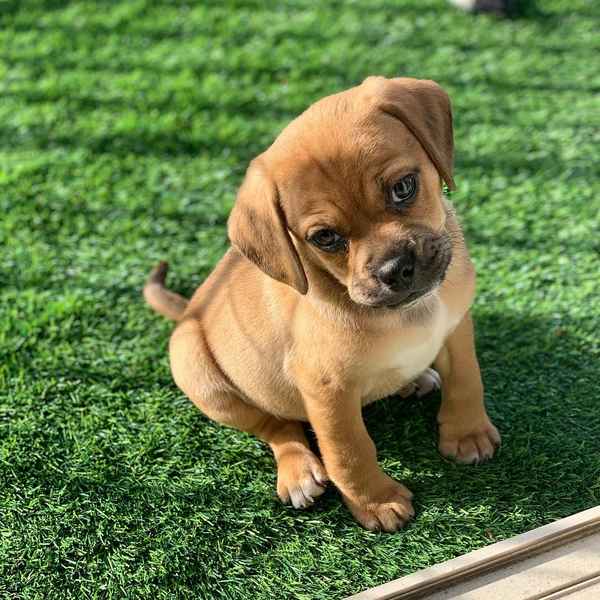 To begin with, we must select a food that is appropriate for its characteristics, such as its age and size. Ideally, you should consult your vet about the best food for your Puggle, as no one will know his needs better than your vet. In addition to quality food, remember to always have fresh water available.

Your Puggle should exercise every day, as he has the genes of two breeds that are prone to overweight - Pugs and Beagles are both very greedy! However, this exercise cannot be intense, as their respiratory problems do not allow them to do so.

Being a small dog, it is very common for families to adopt them for small apartments. This is not that it is not suitable, but it is true that when treating very active dogs, the more space they have, the better. Also, their energy leads them to bark quite frequently, something that could affect your coexistence with the neighbors.

As far as hygiene is concerned, it is best to brush your dog's coat almost every day. This way, any dirt will be removed without having to bathe it frequently (once a month would be enough).

Remember to clean your dog's teeth to avoid problems in his mouth and check his ears frequently to clean them if necessary.

In addition to daily exercise, remember that your dog should always have access to toys that encourage physical and mental activity.

Begin his education and socialization as a puppy and don't forget to spend some time each day playing with him. Remember that these are dogs that need to interact with humans and other animals.

Finally, don't forget that your pet must be properly vaccinated and dewormed to enjoy a healthy life.
Facebook Twitter