Grooming a dog is as essential and important as eating or drinking. Thanks to this, in addition to staying clean, skin infections are also avoided, and his hair will be healthy and shiny and will look much healthier. However, the time of bathing varies greatly depending on the pet. There are some who love water and have fun during the process, and others who are terrified and can be punished. 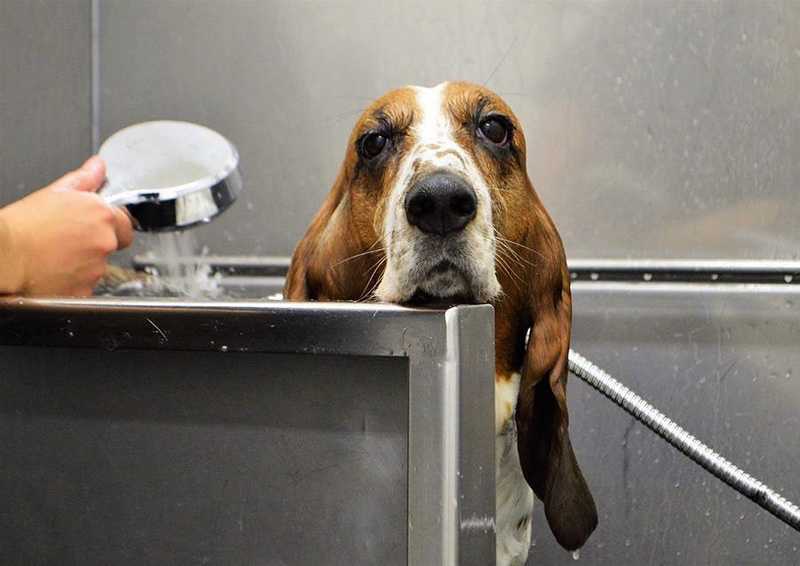 According to several specialized publications, such as the scientific magazine "Helium", "a domestic dog develops fear of water as a result of a negative past experience" during this or any other activity in contact with water. It doesn't have to be especially flashy if it's not something that the pet simply remembers as being unpleasant and negative for him. This fear, as mentioned, is not normal, so something can be done about it.

Below you will find a series of tips to put into practice with your dog so that, in the short or long term, the moment of bathing and contact with the water is no longer traumatic for them and finally a pleasant activity.


At first glance, it may appear that a shower is preferable to a bath because the water does not accumulate and it appears less overwhelming, but this is not the case. Dogs can swim by nature, but the noise that the pressure water makes when going out through the shower head can frighten them a lot, and that's just enough to scare the hell out of them. Unless they are dogs of considerable size, a good option is to bathe them in a tub or even in the sink. This way, it will be a more comfortable place for them and they will not be in a lot of water.

PUT IN A ANTI-SLIP MAT


In the case of having to groom our dog in a bathtub, you have to make it a comfortable space. Just like with people, the dog will also slip. For them, it will be another reason to be nervous because they won't feel stable, they will try to get out of there and they won't get out, so they can get overwhelmed. That's why you can use a simple shower mat to make them feel more stable, secure, and, consequently, calm. 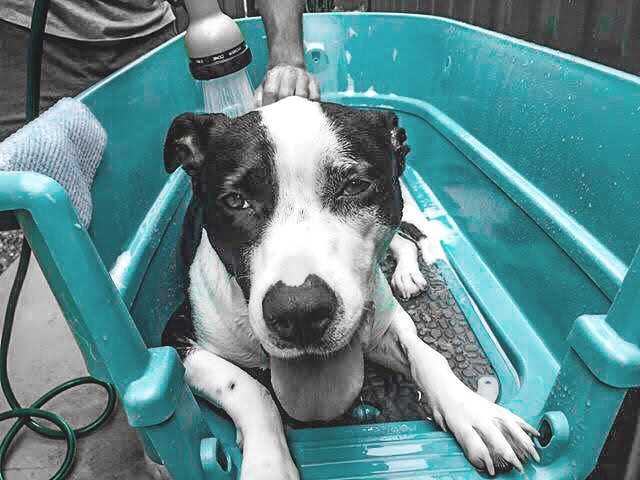 YOU HAVE TO GIVE HIM PEACE OF MIND


For a dog, its owner is the most important person and the one with whom they feel most secure. For this very reason, much of your peace of mind will depend on us. The first thing to do is to use a calm tone of voice so that the dog does not feel threatened or threatened to fight. It is also necessary to make him affectionate from time to time and, if he is behaving well, to recognize the good deed. This way, you will feel that it is a good thing and that if you do it, it has its rewards. But if the dog is constantly crying, it is not advisable to pamper him to calm him down either, because if not, he will think he is doing something right and will repeat it the next few times.


If bathing is something that scares your pet, another option is to make this a fun time as well. Put his favorite toy in the bathtub for him to play with while he is bathing, so that it will be fun and he won't pay attention to what you're doing. In this way, he will understand that it is a fun time that you will spend together, and little by little, he will accept it better.


It is very important that nothing disturbs or frightens him, so it is better to prevent everything that is within our reach. For example, it is best not to put the shampoo in a jar where it might fall over and make a loud noise. As already mentioned, it is preferable not to use the shower head as the water pressure can be a nuisance. Also, the water pressure may not be to their liking.

REWARD HIM WHEN HE FINISHES

One of the best ways for a dog to learn and keep doing things well is to reward it. This is one of the principles when teaching a pet. When he does something right, you can reward him with some food, some dog treats, etc. In this way, he will understand that this behavior is the right one and also that after each bath, he will get something.

Read also: How Often Should You Bathe Your Dog


Bathing time, like a walk, must be a routine. It could happen every week on the same day and around the same time. The dog will internalize it and understand that it will occur in such a way that it will adjust. That way, he'll also do his part when it comes to doing it, because if he doesn't, he can run away, hide, and I'll have to scold him, which would make us have a bad start with the bathroom.