Who is not in love with the gaze of his dog? It is impossible not to fall in love with those eyes! Of course, there are looks... and looks. There is, for example, the look of love when you come home... or the look he gives you while defecating. Have you ever wondered "why does my dog stare at me while pooping"? There is a good reason for that and it will surprise you. 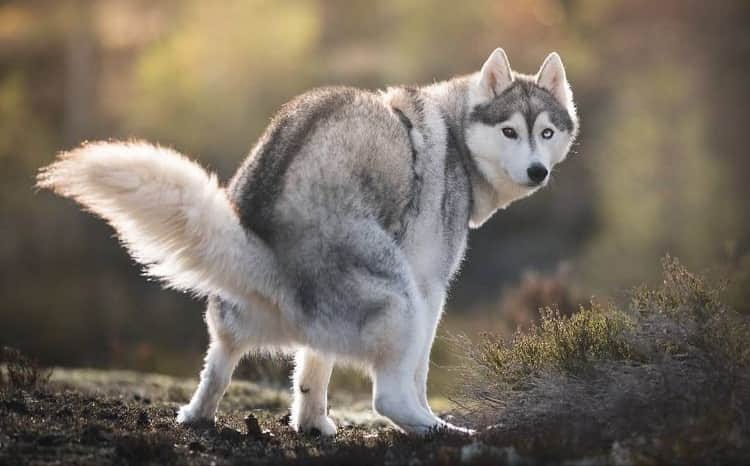 Why does my dog look at me when he poops?

If your dog looks at you when he poops, it doesn't mean that looking at you inspires him to such a task. Not at all, so we can rest assured. The reason is much more basic: survival.

It turns out that the moment of pooping and the posture that the dog must adopt when defecating gives him a very great feeling of vulnerability.

For this reason they usually look for a place as sheltered as possible to do their needs. But they will also look for your gaze as a way of protecting the pack.

This is something that has been integrated into their genes since their wolf ancestors. In the wild, wolves are in danger of becoming prey to predators. That's why they protect each other.

For your dog, you are his pack, his family, and he will seek your gaze with his eyes to make sure you protect him while he is doing his business, because in that position it is impossible for him to defend himself or run away.

So if you thought that when your dog looks at you while pooping what he was asking for was privacy, rather not, on the contrary!

What you should do in this situation is to remain calm and not make unexpected noises or sudden movements. It is not necessary to look back at your dog during the whole moment, but stay close to him for his peace of mind.

Another motive: seeking permission and its reward

There are other secondary reasons that experts are also giving as valid reasons why our dog may look at us while pooping.

On the one hand, a theory has gained strength that says that they do it to seek our approval.

This is especially true in dogs that were raised as puppies to relieve themselves in a specific place and at that moment they are not doing it there (for example, because you are walking down the street).

On the other hand, there is the search for a reward.

Also related to this teaching, it may happen that what they are looking for with that look is that reward (positive reinforcement) that you gave them after finishing the task successfully.

However, it is true that, once the learning process has been completed, this attitude should not be permanently rewarded. That is, as long as the reward was a treat. If the reward was a good petting and head scratching, you can always continue to do so.

Of course, don't forget to pick up his poop from the street afterwards! 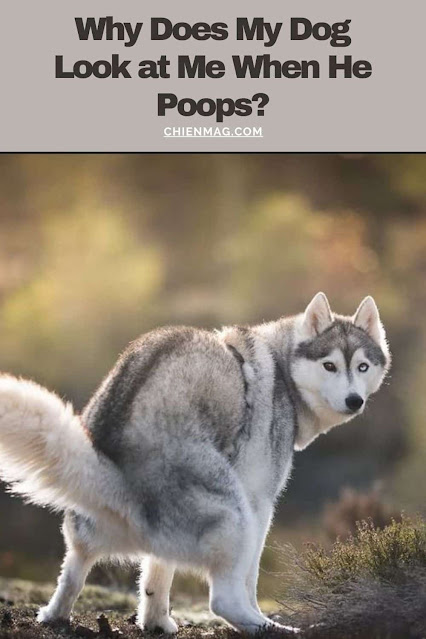