Why are Dogs More Friendly and Sociable Than Cats?

Katie Grace
Monday, December 31, 2018
Facebook Twitter
If you ask a person who has a dog why he prefers dogs to cats, his answer may be: "Dogs are more friendly and sociable. What's true about that? Let's look at the reasons why this is said. 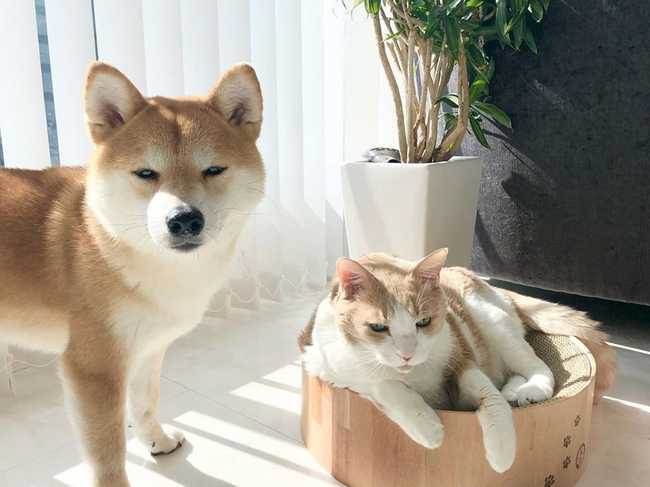 
First of all, we want to reaffirm that we love all animals, whether dogs, cats or any other, and that this article is limited to reporting the results of studies conducted between the two favorite pets in the world: dogs and cats.

But there are deeper arguments to prove it, such as the existence of two genes that play an important role in a disease that also affects humans, Williams-Beuren syndrome. It has been shown that humans with this disorder present an extreme and indiscriminate sociability, fruit of the disease.

The study was carried out at the University of Oregon, Princeton and some others. During this study both genes were found, which have to do with the human disorder, and which in dogs presents as a mutation of both on one chromosome.

How was the study conducted?


To analyze the certainty of this issue, the behavior of 18 dogs of different breeds, whether pure or hybrid, was taken into account. In addition, 10 captive-bred wolves were added to the experiment. As a conclusion, it was found that although both species coexisted with humans, dogs showed a much higher level of sociability than wolves.

Although the genes are similar, they are only matched between people and dogs in the level of sociability. In people, for example, this disorder also gives rise to a specific physical appearance, such as that of an elf. It appears to be caused by the loss of part of chromosome seven.

In dogs, however, these mutated genes are found on chromosome six and the animal does not undergo any change in its physical appearance. In addition, they are present in all dogs, regardless of race or age, which gives them that sociability. However, there may be variations depending on the specimen. Thus, some may suffer alterations in these genes and make them more sympathetic than normal. Or the opposite, to be altered in such a way that their sociability is less than usual.

It is also believed that the existence of these genes has to do with relationships with humans, as it is estimated that this alteration of genes made the wolves feel fear and became more peaceful, gaining trust in each other and giving rise to the pet-person relationship that we know today.

Does this mean that cats are not sociable?


Of course not. As we said at the beginning, we are in favor of all pets and animals. Cats are very suitable animals to live with us, so although they have a reputation for being more independent, they are still very good companion animals.

This is the marked difference with dogs, and also the fact that cats do not usually react in the same way to the presence of strange people or pets. It's something you can't deny, but we don't want to underestimate them at all.

Do you belong to dogs or cats? I'm sure you've already noticed this difference, but did you know why?
Facebook Twitter